A short walk atop a hill at one of Napa Valley’s most well-known wineries reveals an enchanting building constructed in 1888 that resembles an English gothic castle. It’s Chateau Montelena — built of thick, rectangular stones and covered in vines as green and healthy as the grape vineyards in the fields it watches over.

It’s a structure made for the big screen. And while Hollywood took a bit of creative liberty in producing the 2008 film “Bottle Shock” — a Napa Valley love story highlighting the rise of California wines — it certainly captured the charismatic personality of Bo Barrett, CEO and president of Chateau Montelena.

Barrett, a Fresno State alumnus who studied viticulture and enology in 1976-77, was portrayed in the film by Chris Pine. The movie tells the story of a British wine connoisseur who visits Napa expecting to find a product inferior to the French wines that had traditionally dominated the market. But a blind taste test by French judges in Paris proves the California wine — namely the 1973 Chateau Montelena Chardonnay — to be the best in class.

The nine judges were taken aback when they realized they had selected a California wine. The “Judgment of Paris,” as it became known, was featured in TIME magazine, and a bottle of the Chardonnay is on display at the Smithsonian in Washington, D.C.

During production of the Chardonnay, Barrett and his father, Jim Barrett, portrayed by Bill Pullman, discover the white wine in thousands of bottles had turned a darkish color, a phenomenon known as “pinking” or bottle shock. Barrett recalls learning about the process in a class at Fresno State led by Sig Shandrel, who told the students they’d likely never see such a thing in America because the wines aren’t acidic enough. But Barrett quickly chimed in with his story.

“That was the first time I ever spoke in front of my classmates,” Barrett says. “I put my hand up and said, ‘Actually our ’73 Chardonnay pinked,’ and the professor said, ‘Tell us how you accomplished this feat.’”

In scientific terms, pinking occurs in the presence of polyphenols that turn colors due to oxidation. In the film, the wine turns back to its proper color over time. “Bottle Shock” helped Chateau Montelena, nestled near Mount Saint Helena in Calistoga, become even more of a tourist attraction, ballooning in popularity with fans of the film. The winery produces 50,000 cases a year and farms about 200 acres.

“We make a lot of noise for a small company,” says Barrett, whose wife Heidi and two daughters are also in the wine business. “It’s such a well-known and prestigious brand, people think it’s bigger than it is. We’re trying not to grow in size, just grow in quality. When we put a cork in a bottle, we pack as much good stuff in there as we can.”

Chateau Montelena, built in the 19th century for barrel storage, was purchased by Jim Barrett, an attorney, in the early 1970s. The vineyard was cleared and replanted, and the winery was updated with modern equipment. Wine was produced for the first time in 1972, and a year later won the Paris tasting. The winery started with 10 employees and today has 80.

Barrett originally attended the University of Utah, when he was an avid skier, before transferring to Fresno State. He won an academic excellence award in 1977, the same year his son was born.

Barrett’s story is one of many that have spawned from classrooms at Fresno State to grape vineyards all over the world. The University estimates that since 1950 about 1,000 alumni have worked in the grape and wine industry throughout California and abroad. About 84 percent work in California — 60 percent in the Central Valley, North Coast and Central Coast — and 3 percent in foreign nations like Spain, Bolivia, New Zealand and Japan.

Barrett says the camaraderie between students with similar interests and relationships he developed at Fresno State were a valuable part of the education. One of his former classmates, Dave Vella, is now the vineyard manager at Chateau Montelena. They each took classes from Vince Petrucci, the founder of the University’s viticulture and enology program.

Fresno State certainly made news in 1997 when it became the first American university to operate a commercially bonded, on-campus winery. The Fresno State Winery has won more than 600 awards and bottles 20 varieties of wine. The unique winery has been featured on ESPN numerous times during nationally televised Fresno State football games.

The University offers wine tasting courses and sells its product in the on-campus Rue and Gwen Gibson Farm Market, Save Mart Supermarkets and other stores, as well as online. Proceeds from wine sales support students in Fresno State’s Jordan College of Agricultural Sciences and Technology.

“I think that teaches the students something of value, because the job is to reward your consumers,” Barrett says.

“At the end of the day, to be successful in this business, you must consider the ultimate arbiter of quality for your success is the consumer. So having Fresno State teach its students right off the get go that you’ve got to make stuff that people are going to want, that’s a critical component.”

One of the major advantages of Fresno State’s program is that viticulture and enology are under the same umbrella, where students are exposed to the art, science and farming of winemaking, as well as marketing.

Professor Kevin Smith, sales and marketing manager for the Fresno State Winery, says students are required to spend six hours per week in the winery during the fall semester developing wines that will be sold on store shelves. Later, they work events and sales channels. “Between the winery equipment, real-time wine chemistry testing, bottling line and sales software, our students are able to hit the ground running from their first day after graduation,” Smith says.

A global influence of alumni Fresno State’s viticulture and enology graduates can be found all over California and the globe. And many have left their marks on the industry, such as Ondine Chattan, director of winemaking for Accolade Wines/Geyser Peak Winery North America; Greg Stach (1992), winemaker, whose Landmark Vineyards wine has been served at the White House; Hal Huffsmith, senior vice president for vineyard operations at Sutter Home Vineyards; Louis Moreau (1990), a sixth-generation winemaker from Chablis, France; Mark Beringer, chief winemaker for Beringer Vineyards; and Fred Holloway (1981), director of production and winemaking for JUSTIN wines — just to name a few of the graduates.

“I keep in touch with some fellow grads and have met many more over the years,” Chattan says. “When I do meet fellow alumni, there is a great, instantaneous connection.”

Chattan, who earned her master’s at Fresno State in 1997 and now lives in Healdsburg, says daily interaction with professors and industry professionals helped prepare her for a competitive workplace where she faced challenges in achieving her goals.

“Being a woman tends to get you typecast in laboratory or clerical roles,” she says. “I had to be steadfast in my commitment to run production winemaking, never wavering and always dedicated to the goal.”

Eric Gallegos, general manager for Gallegos Wines, faced challenges of his own in building a startup company. Gallegos’ grandfather immigrated to Napa Valley from Michoacan, Mexico, in 1956 and worked at Beringer Winery for more than 30 years. His father was the vineyard foreman at the Hundred Acre J.J. Cohn Ranch in Rutherford, where the family lived in a tiny farmhouse.

“I guess you can say wine is in my blood,” Gallegos says. “I was on a tractor as young as I can remember, and by the age of 7, I was pruning in the vineyards. My brother and I would race to see who could reach the end of the row first.”

The family winery now produces more than 1,000 cases annually. “Fresno State gave me the opportunity to expand my professional network and get the technical schooling needed that has helped move Gallegos Wines from an idea to a successful startup.”

It’s an exciting time to be in the growing wine business, which is part of the reason Fresno State’s program is growing as well. Barrett recalls something his professor said in 1976.

“Professor Sig Shandrel said, ‘If Americans ever start drinking wine there will be a single, continuous vineyard from Guadalajara to Vancouver.’ And what we see now, from Ensenada to Vancouver, in an airplane, you can always see a vineyard. The future is very bright for American wine.” 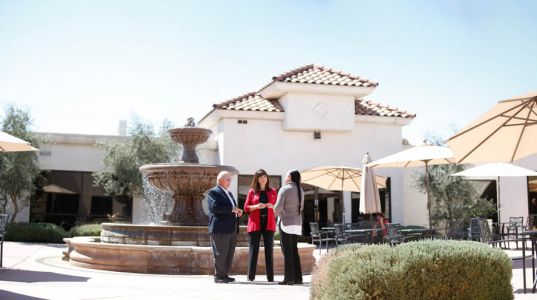 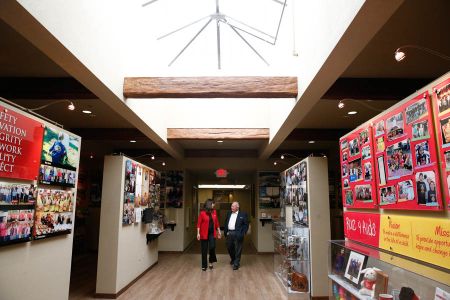 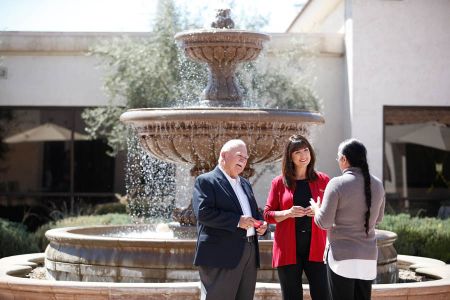 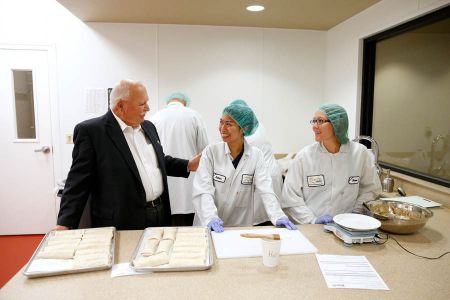 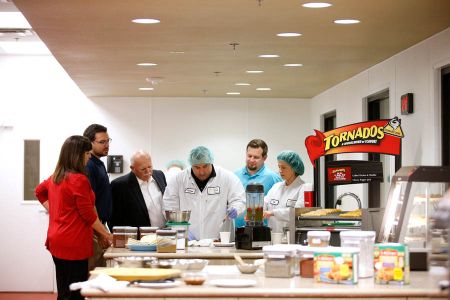 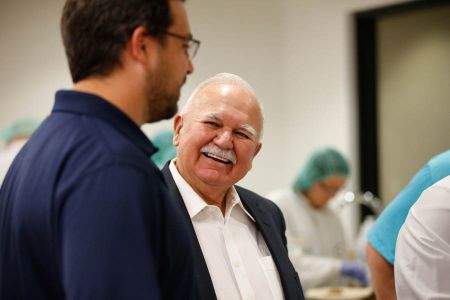 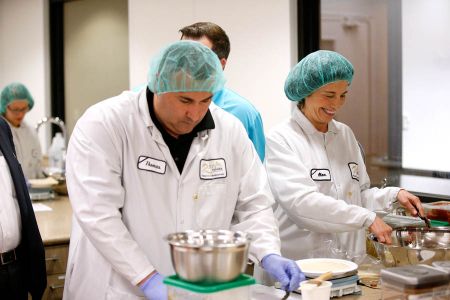 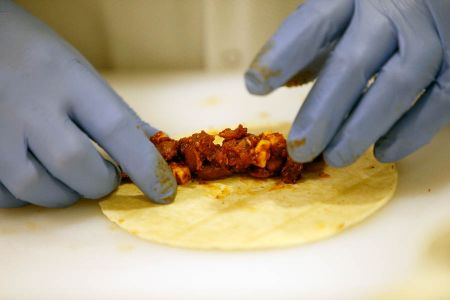 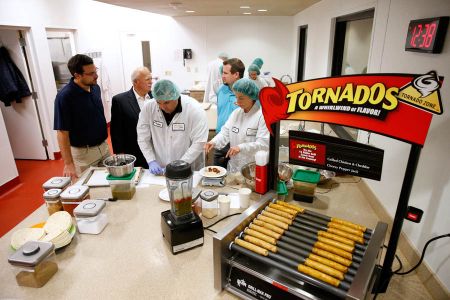 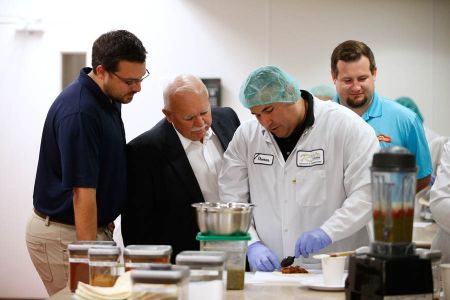 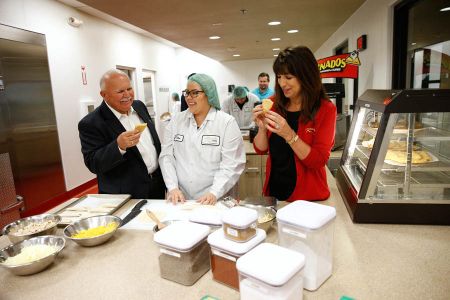