Chris Herren walked into the Save Mart Center for the first time, marveling at its size, but mentally traveling back to his Fresno State playing days at Selland Arena. He drifted off by himself and roamed around the court — silently — in a clockwise motion. For a moment, it appeared as if he forgot anyone was watching. He looked at some of the familiar names on the backs of the courtside seats. He spun and took a cell phone photo of the massive Bulldogs logo at midcourt. And then he smiled.

“Fresno is a home to me,” Herren says with his thick, Bostonian accent. “It’s hard to put into words the emotional connection that I have. When I walked in here, I envisioned the human tunnel, running around the court, the two ladies that used to sit right behind the bench and all the people who came out to Selland Arena every night we played and cheered. But I also remember coming back from treatment. I remember everybody standing up for me and supporting me.”

Herren has been through a lot since he played his final game for Fresno State in 1999. He was drafted in the second round by the Denver Nuggets, traded to the Boston Celtics and played professionally in numerous countries overseas — all while battling a substance abuse problem that nearly killed him and tore his family apart.

His story is well documented. His recovery generated an avalanche of momentum after a 2011 ESPN “30 for 30” documentary titled “Unguarded” and a book titled “Basketball Junkie” chronicled Herren’s darkest battles and biggest triumphs.

Herren now makes about 250 public speaking appearances a year to talk to children about prevention and to adults about redemption and recovery. And in 2011 he started the nonprofit Herren Project and Project Purple to help families in need find affordable treatment and to educate children on standing up against substance abuse.

Herren returned to the Fresno State campus in February, on his way to a sold-out speaking engagement at Buchanan High School in Clovis, to share his experiences with FresnoState Magazine readers.

But he can talk about where he’s been. Herren isn’t bashful about sharing each jarring detail of his path to recovery, being open and honest to relate to his audience, which included the current Fresno State team. For college and high school students in particular, he says there’s a fine line between partying and taking it too far.

“I ask every kid to just ask themselves, ‘Why?’ Why on Friday and Saturday nights do you have to change yourself? I always admired the people who didn’t.”

Herren has lived life under a spotlight since age 17, when a book, “Fall River Dreams,” profiled the highly-recruited high school All-American from Durfee High School in Massachusetts.

Herren signed with nearby Boston College and was featured in Sports Illustrated before getting injured his first game and eventually being dismissed after failing a drug test. He rebounded at Fresno State after being offered a second chance from then-coach Jerry Tarkanian — and he instantly led the team in passion, flair and charisma. A spread in Rolling Stone soon followed.

Herren’s junior year, he held a tear-filled press conference that aired on national TV to announce he had “slipped up” and was entering a rehab facility in the middle of the 1997-98 season.

“It’s emotional for me, it really is,” Herren says about visiting campus. “A lot of people gave me all they could at a very difficult moment in my life here. When I think of Fresno, I think of the families that never left my side. It’s a very forgiving place.”

Herren’s Bulldogs, under Tarkanian, were talented enough to beat anyone in the country on a given night. Though, with off-the-court distractions, they never reached their full potential.

“It’s one thing to say sorry,” Herren says. “It’s another thing to show people that you’re sorry. And coming back here 6 1/2 years later, it’s an amends for me. It’s a way to say how grateful I am for this community and for Fresno State, for the basketball program.

“I let the community down in critical moments. Albeit that I had an illness that I was really struggling with, it was a letdown, and I should have, or wish I could have, been there.”

Herren is there now, determined to share his story with anyone who will listen in hopes his message will resonate with at least one person each time he tells it.

“What’s sad about addiction is that we often look down on the addict, and we forget the family that’s trying to pick him up. We step over them on the street, and we forget about the family who has to drive by and watch him laying there. It’s a family illness, and that’s why if you can help one, you’ve helped so many. That’s why I do what I do today.”

“His message, having played here and with some of the experiences he’s had, we can talk a lot about it as coaches but to have a guy come in and reinforce that who had a chance to live it, you can’t put a price tag on the value of that.”

View the video on YouTube
For more of Herren’s interview, visit www.youtube.com/fresnostate

For more information on treatment options, or to find out how you can help, visit theherrenproject.org or thpprojectpurple.org. 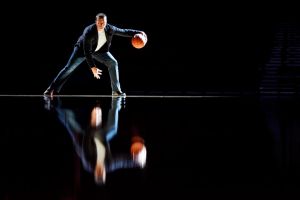 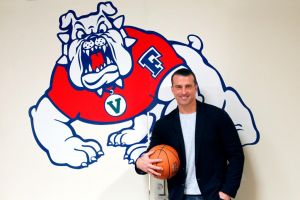 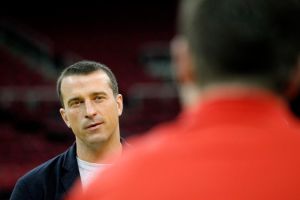 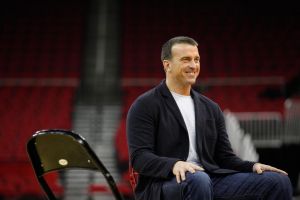 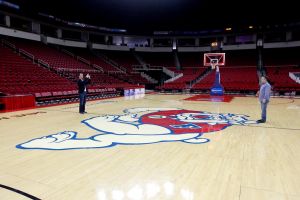 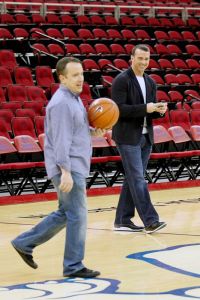 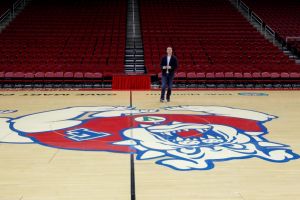 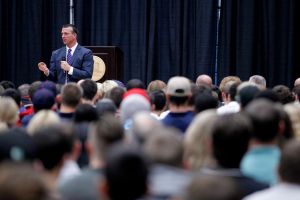 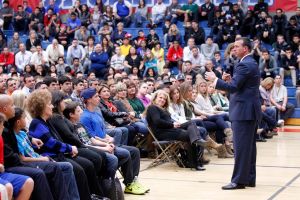 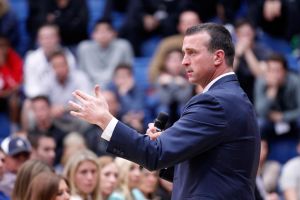