Castro to begin new appointment as CSU chancellor in January 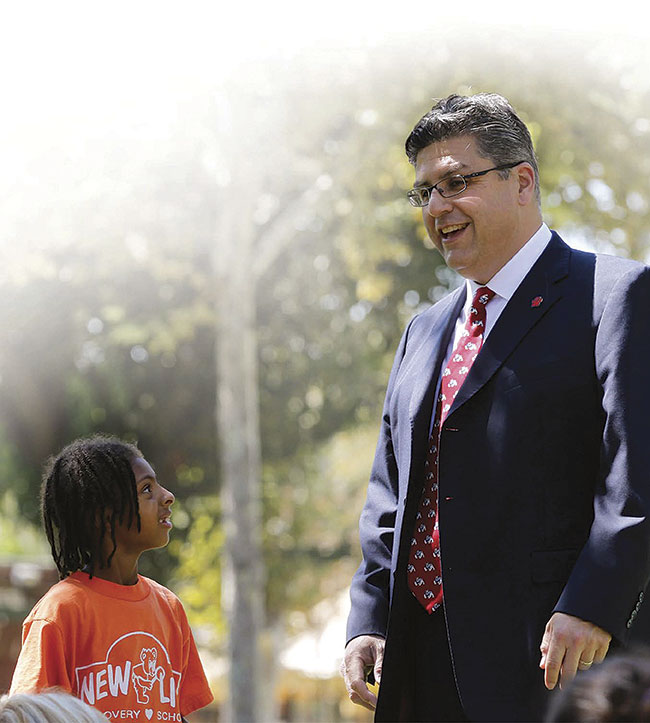 Dressed in a navy suit with a neatly pressed white shirt and a Bulldog red tie covered with Fresno State logos, Joseph I. Castro notices a group of about 20 elementary-aged children in matching orange T-shirts having a picnic on the lawn outside his hometown Hanford Auditorium. He’s on a tight schedule, but he doesn’t want to miss an opportunity to inspire. He walks up to the group with his wife, Mary, and, one-by-one, they introduce themselves to each child.

“Are you the real president? Do you live in the White House?” one little girl asks.

Castro smiles and says, “Yes, I’m the real president of Fresno State. I do live in a white house, but it’s not the White House.”

That interaction between the Castros and those young students on a field trip from Fresno to Hanford’s Superior Dairy happened seven years ago, during Castro’s first week on the job as Fresno State president. It was the first of what turned out to be many times when the Castros demonstrated how deeply they care about the success of young people, and showed their natural gift of making each student feel special and valued.

On Jan. 4, 2021, the Castros will take that same servant leadership to Long Beach, where Joseph I. Castro will begin his new role as the next chancellor of the 23-campus California State University system. He is the first California native and first Mexican American to be appointed to the role. Castro will succeed Timothy P. White, a Fresno State alumnus who has served as chancellor since late 2012. 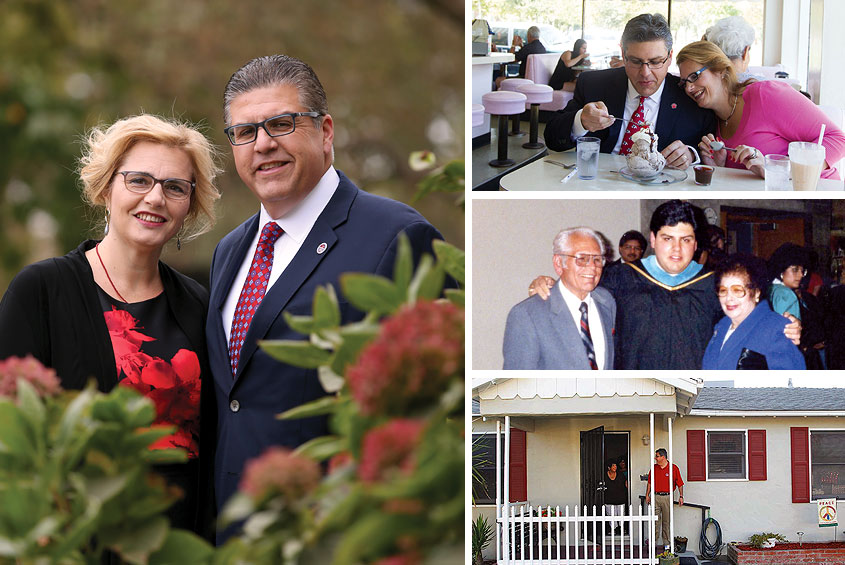 Castro is a first-generation college graduate who was raised by a single mother in Hanford. In 2013, during his first week as president, Castro invited Fresno State Magazine to tag along for a day-in-the-life story and visit his childhood home and the Burger King where he and Mary worked when they first met, and attend one of his first “friend-raising” meetings with a family of Fresno State supporters. For this issue, the magazine looks back at the past seven years of the Castro presidency while sitting down for this Q&A with the new chancellor-select.

FSMag: Describe the feelings you had the moment you learned you were selected to be the next CSU chancellor.

Castro: On Sept. 21, I had returned from campus to University House in the mid-afternoon to be with [my son] Jess while Mary was taking care of her father at his apartment. We were swimming and playing ball just before the call came in from Board of Trustees Chair Lillian Kimbell. So, as I was listening to Chair Kimbell share the great news, Jess was in the background cheering from the swimming pool. He takes great pride in being the first in the family to learn this news. Mary and our two adult children, Isaac and Lauren, arrived shortly thereafter, and we were all able to experience together the joy of that special moment.

After I received the news, Mary and I immediately began to think about all of the sacrifices made by our grandparents and parents so this moment could occur. It is impossible for me not to become emotional when I reflect on the fact that fewer than 100 years ago, my grandfather (a Dreamer of his time) was living in a tent with his parents along the railroad, not far from Fresno State, while his father worked on the Santa Fe Railroad, and later the fields. And now, his grandson will be the first California native to serve as the eighth chancellor of the CSU, the largest public university system in the nation. I hope my appointment as chancellor will inspire some of our California youth to dream even bigger than usual.

FSMag: What was the No. 1 thing you learned while serving as president at Fresno State, and how will that influence your work moving forward? 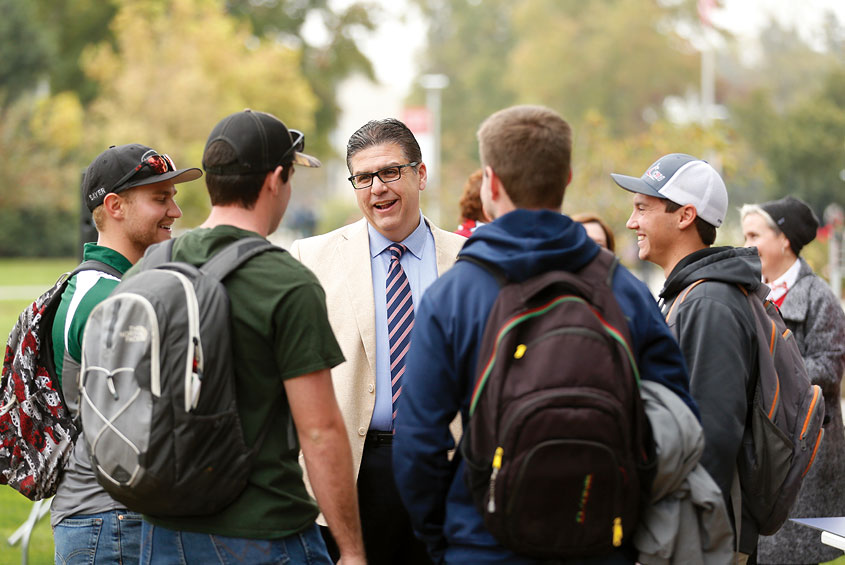 Castro: I have learned many valuable lessons at Fresno State. The lesson that immediately comes to mind has occurred during the global pandemic: that the cabinet and I must be flexible in our thinking about ideas or solutions. Over the past [eight] months, I have found ideas or solutions that seem unreasonable at a given moment may be quite reasonable (even ideal) the next day, week or month. There is no rulebook for leadership during a pandemic. When one must make a decision about a highly contested matter, especially with imperfect information, it is vitally important that our mission and values guide the decision.

FSMag: What are you most proud of during your time at Fresno State?

Castro: I am most proud of the extremely talented and diverse cabinet members I have appointed and of our campus’s strengthened commitment to student success. This commitment is now firmly embedded into our mission, priorities and campus culture. While we should celebrate the significant increase in graduation rates and decreased equity gaps since 2013, there is more work to be done to achieve our bold Graduation Initiative 2025 goals. 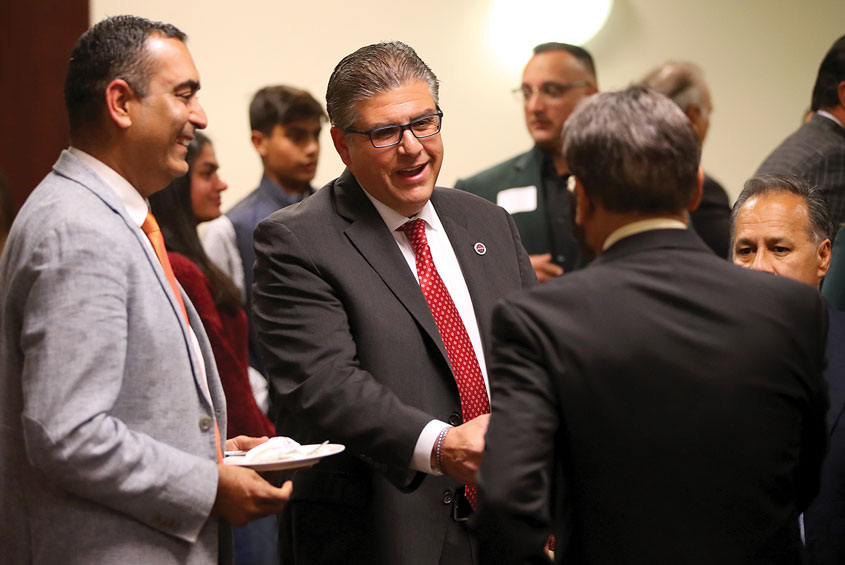 I am also proud of new initiatives we established together, which have contributed to our success in achieving national recognition for serving diverse students. We were among the first universities in the CSU and the nation to establish a comprehensive basic needs program. Our Student Cupboard, Good Samaritan Fund and Clothing Closet have each played crucial roles in supporting our talented and diverse students. The Dream Outreach and Success Centers were among the first programs of their kind in the nation and demonstrate our unwavering commitment to undocumented students. Our Cross Cultural and Gender Center’s array of programs have also contributed significantly to supporting our diverse students.

We have led the way nationally in our commitment to using mobile technology to support greater engagement between students and faculty. This has occurred through our Technology Services’ programs, DISCOVERe Mobile Technology Program and the Center for Faculty Excellence, all of which have been critically important to our continued success in serving students during the global pandemic.

FSMag: What physical campus improvements are you most proud of?

Castro: Over the last seven years, we have also rebuilt much of our campus’s physical and technological infrastructure, including our new electrical system — the most modern of its kind in the nation — and the planned new central utility plant. These projects will serve our campus for at least the next 40 to 50 years. We renovated many classrooms, laboratory and outdoor spaces, including several athletic venues. And, importantly, we are building the new Lynda and Stewart Resnick Student Union, which will transform the experience for our growing student body in the decades ahead. Much more work remains. 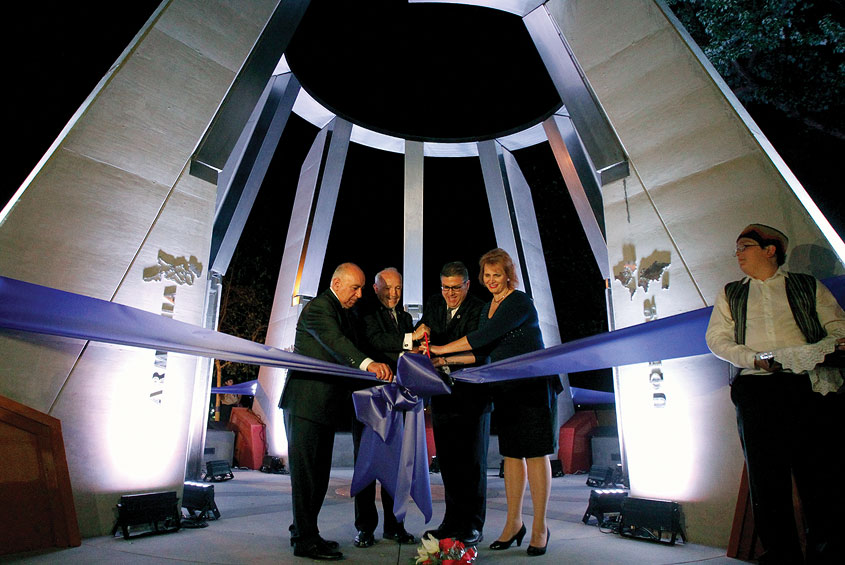 With strong community support, we also constructed the Armenian Genocide Monument, the only one of its kind on a university campus in the nation. I was deeply honored to participate in what was the most moving and meaningful opening ceremony of my life. Mary and I stood quietly after the ceremony that night bearing witness to the overwhelming emotions of thousands of our alumni and friends who were there to honor their ancestors. Because of my Valley roots and longtime personal connection to the Armenian community, I understand what a powerful statement this monument makes every day about our University’s values and commitment to human rights.

FSMag: How important was the community’s support in your efforts as president?

Castro: I am proud of the way we have all engaged the Central Valley (and beyond) over the past seven years. We have embraced everyone and welcomed them to become more involved at Fresno State. I believe that this is why we have experienced significant success in our governmental relations efforts, our private fundraising and, most importantly, in inspiring our Valley’s most talented and diverse students to view Fresno State as their first choice. The fact that Fresno State has the largest entering class in its history during a global pandemic is nothing short of a miracle and is due to the efforts of our entire community. 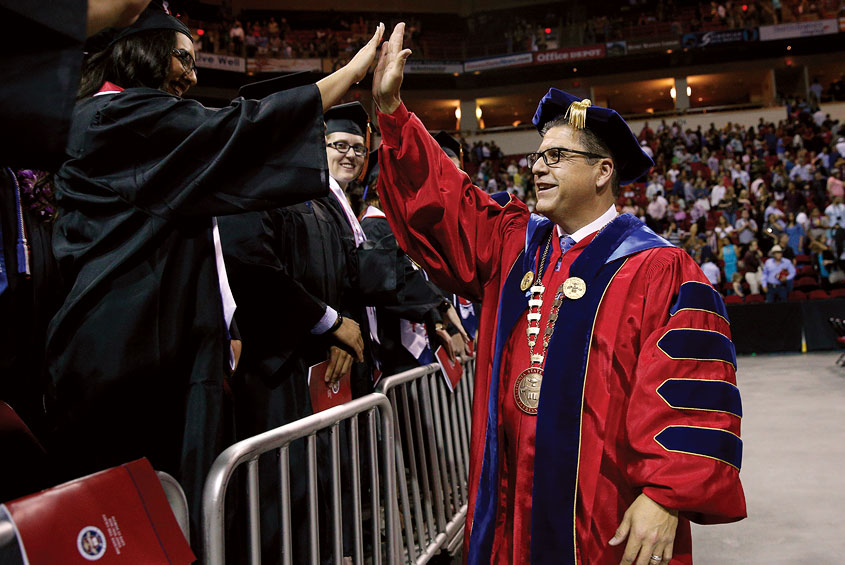