How one alum is taking his Bulldog spirit to new heights

Marvin Meyers, a proud 1956 Fresno State graduate, is taking his Bulldog spirit to new heights — literally. He got a Fresno State-inspired paint job on his King Air 300 TurboProp aircraft, complete with Bulldog red and blue striping and the Bulldog four-paw logo on each wing tip. Meyers, a Mendota-area farmer and pioneering water conservationist, was named the Top Dog Distinguished Alumnus in 2012 — the highest honor given by the Fresno State Alumni Association. His family’s generosity has long benefited the University and its students. In 2013, the Meyers Family Sports Medicine Center opened to provide nutritional counseling, physical examinations, injury treatments, on-site X-ray and rehabilitation services for Fresno State student-athletes.

“Fresno State is dear to me, and at this stage of my life it is a pleasure to be involved with Fresno State athletics and the University. The Bulldog colors will be flying throughout the country.”

Do you have that Bulldog spirit?

Show us how you keep Fresno State pride alive at your home or business and you might be featured in a future issue of Fresno State Magazine! 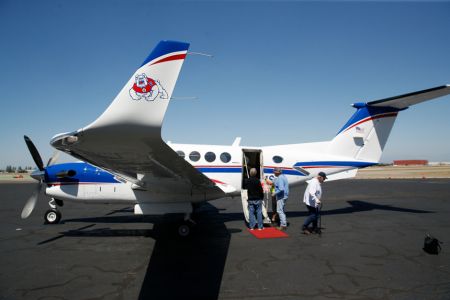 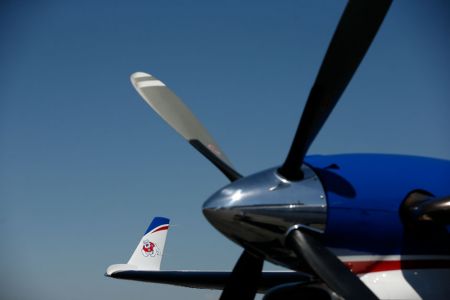 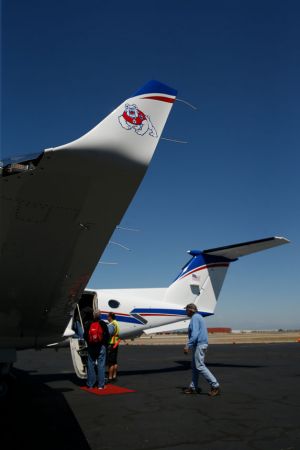 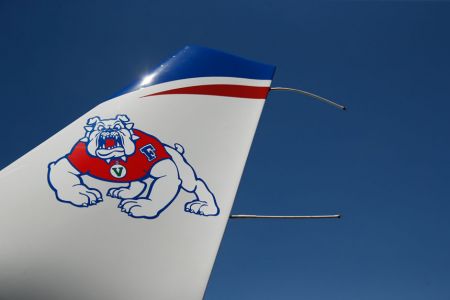 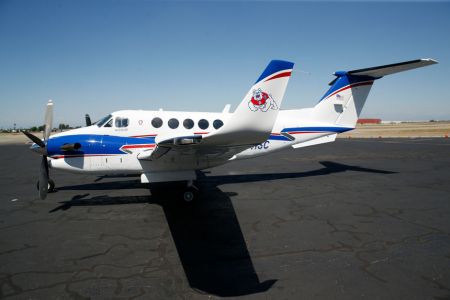 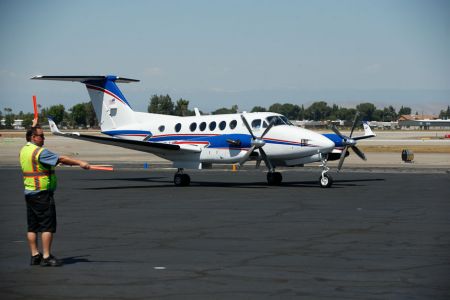