Daniel Loera grew up knowing the meaning of hard work. He spent his days laboring at a farm, out before the sun came up and only making his way back home after the sun went down.

The son of migrant farm workers, he was the first in his family to pursue higher education. Now, Loera is in his final semester at Fresno State, studying plant science and planning to use his knowledge to improve California agriculture and to create a more sustainable environment.

Though Loera continues to work his way through school, his education is in part made possible through scholarships.

“Getting help, even if it’s a little — it’s so much less stress on me and my family,” he says. “The students who apply for scholarships really do need it.”

Loera is one of an all-time record 25,000 students at Fresno State, 80 percent of whom need financial assistance to pursue their education. It took the support of donors who believed in Loera’s success to change the trajectory of his life.

That’s why hundreds of community members came together in support of students like Loera during Fresno State’s inaugural Day of Giving (D.O.G.) fundraiser. Starting at midnight on Nov. 2, and ending at 11:59 p.m. that evening, Day of Giving rallied 1,138 unique donors from 29 states and three countries to raise $431,395.

The inaugural online fundraiser was a non-stop, 24-hour opportunity for alumni, faculty, staff, parents, friends and students to make a gift to the campus program or activity for which they were most passionate. Donors were encouraged by emails, matching challenges and social media posts, using hashtags like #FresnoStateDOG and #FeedTheDOG.

“We’re in this game together,” says Rod Coburn, a 1964 College of Science and Mathematics graduate and Fresno State supporter. “Universities are an intellectual component of the community and need to be acknowledged and supported in that way.”

This was the first year Fresno State conducted Day of Giving, though examples of giving days among universities across the nation are plentiful. The model can be traced back to the Case Foundation’s America’s Giving Challenge in 2007, which encouraged people to rally their online networks to make giving easier and a part of their daily lives. Giving days have since been used with notable success by higher education institutions and community foundations, sometimes raising millions of dollars in a 24-hour period.

Fresno State Day of Giving aimed to represent as many facets of the University as possible, with options to donate to eight colleges, the Henry Madden Library, the Division of Student Affairs and Enrollment Management, athletics and dozens of additional programs.

Though the fundraising marathon existed primarily online, faculty, staff, students and alumni gathered together to create an undeniably festive campus environment in support of a single
cause: student success.

“It’s critical that we as alumni stay connected to Fresno State,” says Jamin Brazil, who earned his master’s in business administration from Fresno State in 2015. “The next generation is going to stand on our shoulders, and we have to make sure that they have the opportunity to learn from the mistakes and successes that we have experienced. The more that we as alumni are investing our time and resources into Fresno State, the more we are going to improve our local economy and, ultimately, our lives.”

As donations continued to pour in from across the world, students like Loera expressed thanks.

“There are people in life who help you succeed,” he says. “These donors play a big part in that success. It helps change who you are.”

— Esra Hashem is a marketing specialist at Fresno State. 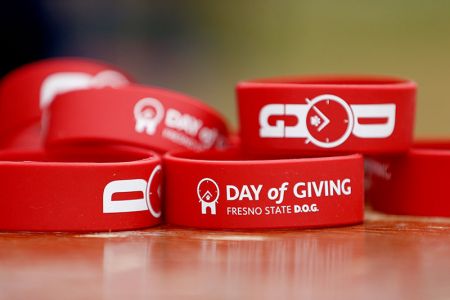 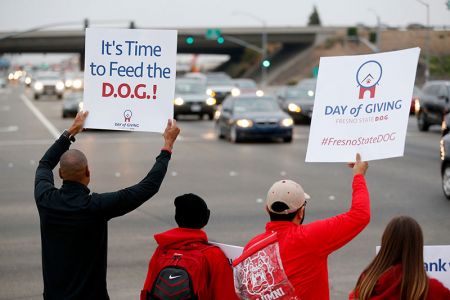 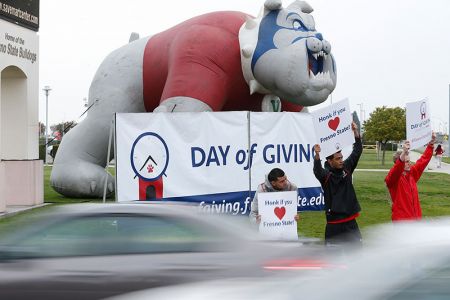 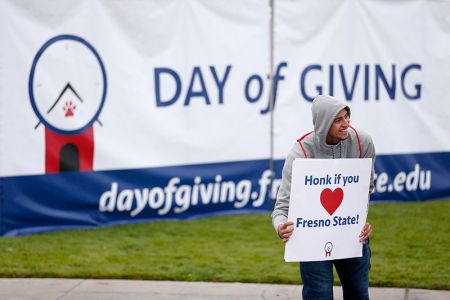 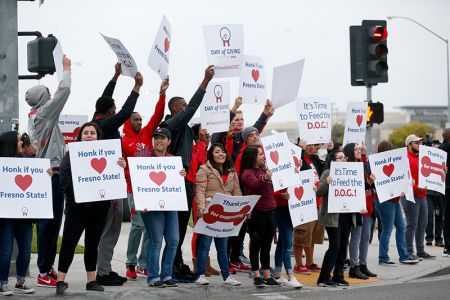 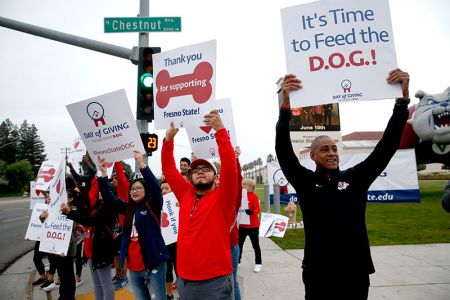 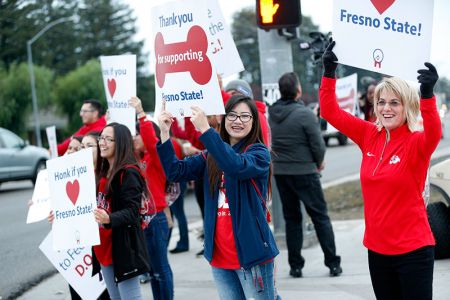 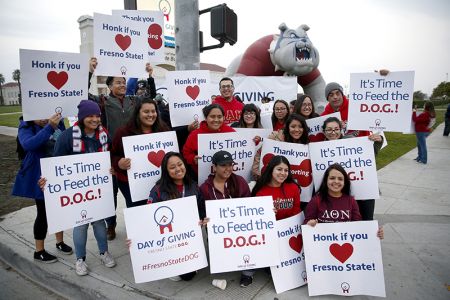 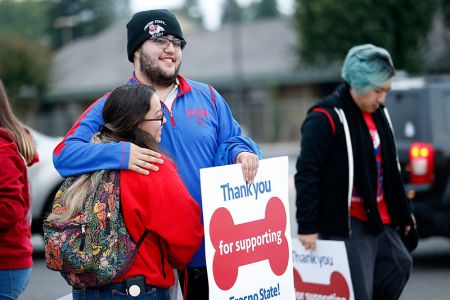 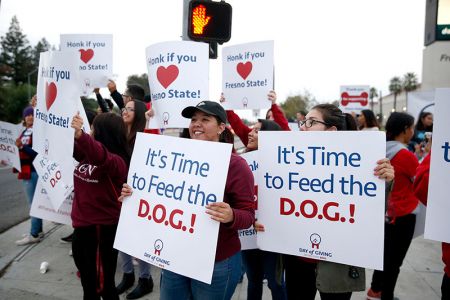 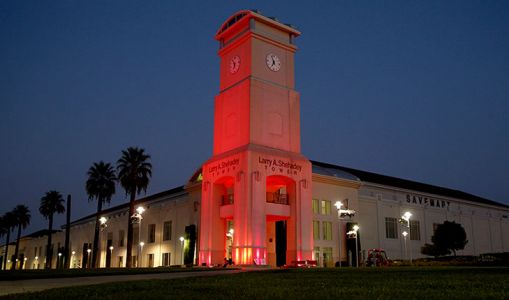 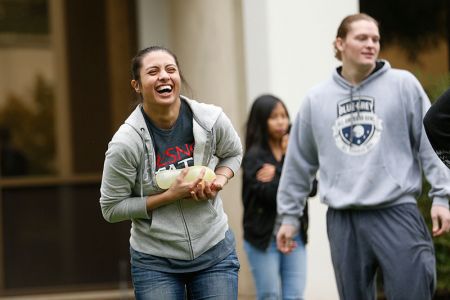 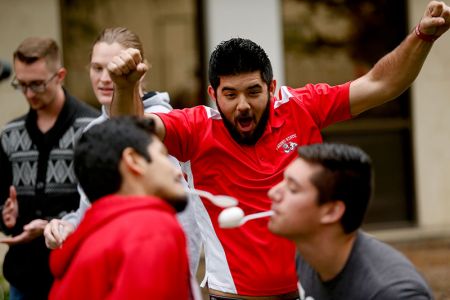 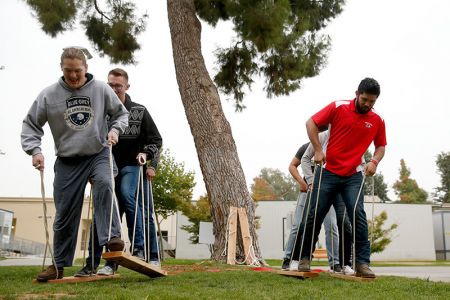 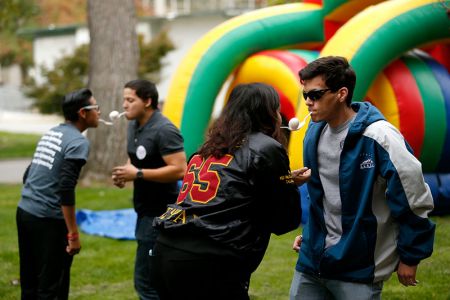 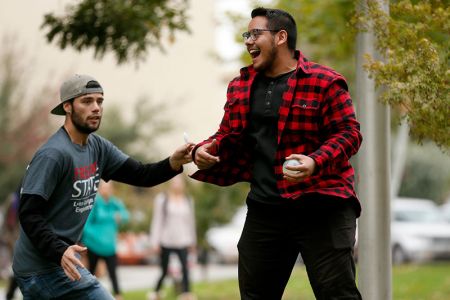 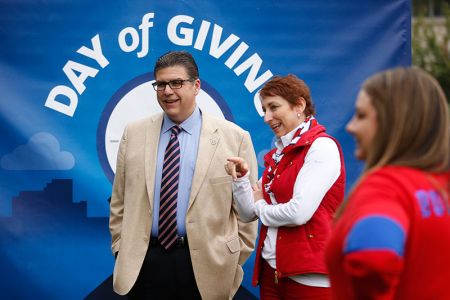 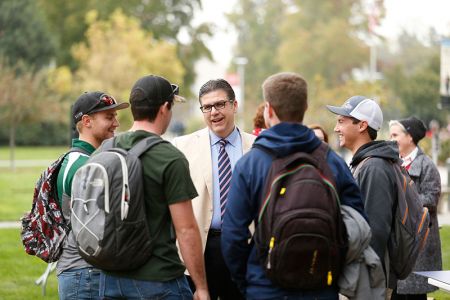 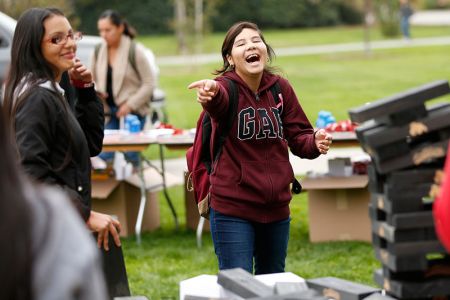 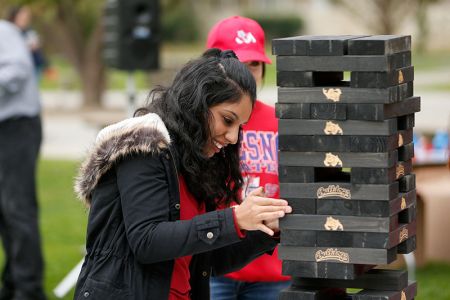