As a few dozen anthropology students and members of several local Native American tribes circled around a camp site at a remote location in the Sierra Nevada Mountains, John Pryor broke into song. But don’t be fooled by the professor’s courage — he’s not a singer, he’s just an archaeologist with a meaningful way of doing things.

The song he shared was his way of showing respect for the culture he’s devoted the past 21 years of his career to discovering more about. Pryor, himself, is not Native American. But as he has embarked on a “new archaeology” — one that blends Western science and Native American heart — he has built relationships within several Central Valley tribes and demonstrated a passion for preserving their history.

For two weeks each summer, Pryor and a select group of alumni supervise a diverse class of more than 20 Fresno State students at an archaeology field school in the village site of Pal-lah-tci. The site, a short drive from the mountain town of Oakhurst, is known as “Grandad.” The plot of land is owned by Ed Appling Jr. of the Southern Sierra Miwuk Nation and Picayune Rancheria of Chukchansi Indians. And each summer, the students are visited by members of many different local tribes.

“The site itself is something special. It was a village site, a place with people,” says Erin Renn, a 2010 Fresno State archaeology graduate who has returned to Grandad numerous times to help supervise students. “Once a year, Dr. Pryor brings people back to it, and, for those willing to feel it, the site comes alive and thanks you for being there.”

On this particular day, as the two-week field school is wrapping up, several Natives share songs and stories of their own before it’s Pryor’s turn. Pryor sings one of many traveling songs — intended to send loved ones home safe and make sure the spirits don’t follow them. It’s a song Pryor sings toward the end of field school each year, and one he learned from his friend Razzel Dazzel, who is also part of the circle this day.

“Just because I have these Native American perspectives doesn’t make me Indian,” Pryor says. “But I honor their traditions by honoring their beliefs.” It’s early June, and the students are awake and dressed in time to start working by 7 a.m. Each student is assigned a specific role.

Some are carefully brushing and digging inside a shallow rectangular plot, looking for small clues to help piece together the past of the Native peoples who once lived on this land. Others are collecting findings and using a shaker screen to sift through the debris in search of any meaningful artifacts. Down the hill, another group of students collects the material, classifies it and stores it for further research back at the lab.

In a mountainous region where cell phone reception is limited and distractions are few, the students get an outdoor educational experience beyond what a standard classroom can supply. They learn about the history of the land they are exploring and the people who once lived there. They meet some of those people’s ancestors face to face. And they gain a cultural understanding that is as unique as their own.

“The people they are researching aren’t gone, they are still here within their communities,” says Felix Christman, tribal archaeological monitor for the Tule River Indian Tribe of California. “My tribe has sent people to the field school to get hands-on training, but to also learn the language used by archaeologists, and share our language also.”

MORE THAN A FEAST

About 10 a.m., after a few hours of work on this day, the Fresno State students return to their tents at camp to cool off, clean up and change into fresh clothes. It’s a special afternoon.

For one day each summer, Natives from various tribes around the Valley are invited to the site to learn, observe or even work alongside the students if they’d like to. Then, like any good party when special guests are in attendance, they feast (potluck style).

While students and alumni are preparing the food, Pryor is under a shade tree, carefully observing a package of artifacts brought to camp by a Native American family representing the Chukchansi cultural resources department.

As if it’s a scene from the “Antiques Roadshow,” Pryor examines a utensil from the collection and explains to the family it was likely used by Natives for cutting. By eyeballing it, he can estimate its age and roughly identify what region it came from. He points out another utensil that was likely used to mix acorn mush. He finds arrowheads and daub, and then he sets aside a couple insignificant specimens.

“I’ll say, ‘think about who made that, think about the last person who touched that 1,000 years ago, 5,000 years ago,’” Pryor says. “Things are just things, but it’s that human connection that deepens archaeology.”

With an artifact in the palm of his left hand, he looks up from above the rim of his eyeglasses and finds an audience now circled around him and sitting in folding chairs — Natives and students alike. He passes the artifacts around for all to see and feel, and warns the group to be careful with one particularly sharp tool.

To be more exact, Pryor and his team can also use what’s called absolute dating, or C-14 (carbon-14) dating. That process, which is a more mechanical process, was used for the field school’s largest discovery in recent years — what is believed to be part of a chief’s house from 1,200 years ago. At that time, the Miwuk chief lived in a relatively large, earthen-covered house, while commoners lived in brush houses.

For the better part of the past decade, he and his students have investigated the structure, excavating to the top of it — about half of which remains intact. To test a theory that it may have been damaged in a fire all those years ago, they worked with Natives to rebuild a similar structure and burn it to compare conditions.

Altogether, field school participants have excavated 72 units at the site, each 2 meters by 2 meters. In partnership with the tribal community, Pryor stresses that everything excavated belongs to the family who owns the land. “We get to analyze it, but the good stuff goes back to the families each year,” Pryor says.

Much of California’s pre-contact history is lost or misinterpreted, says Shana Powers, a 2012 Fresno State archaeology graduate who is now cultural department director for the Santa Rosa Rancheria Tachi Yokut Tribe. “California has some of the highest concentration of Native people in all of America, and the cultures here were so different than anywhere else. California was all about sharing and seeing that interconnectivity between tribes so they could all do better together.”

One of the first things Pryor teaches his students and the Native Americans who want to learn more about their ancestors is the basic archaeology terminology — or the language of “archy,” as he calls it.

“Often a student will come up to me and say, ‘Oh, you’re an archaeologist? I took a class in that, and I thought about it becoming my major but my mom said you can’t get a job in that,’” Pryor says. “Well, I’m here to tell you, all your mothers lied.”

Many of Pryor’s students are going on to work as archaeologists for federal and state agencies, and several in recent years have been hired as cultural monitors or in similar roles for various tribes in the region, such as Powers and Christman.

Other students are applying archaeological principles to become forensic anthropologists, zoologists or explore other scientific fields.

Then there are students like Renn, the site supervisor, who is now pursuing her Ph.D. and serving as a teaching assistant at the University of California, Merced. She first visited the site in 2008 as an undergraduate, and as a Native herself, says the experience is invaluable.

“As I continued my education in archaeology at the graduate level, having a field school associated with my undergrad degree gave me experience that allowed me to work in supervisory positions in other research projects,” Renn says. “It also seemed uncommon to have the experience as well as the degree, as many of my fellow students didn’t have access to a field school as an undergrad student.”

That type of project-based learning is a major advantage for many Fresno State students who take advantage of research opportunities throughout their college years. Oftentimes, those research projects directly benefit the region and its people.

In recent years, technology and accessibility have added a new dimension to the project. Freddie Martinez, who graduated from Fresno State in 2008, returned to the site with an RV, large television monitor and a virtual reality headset.

Martinez and Pryor are pursuing a grant that would allow them to create a “virtual Grandad” tour using technology to teach children about archaeology.

As it is difficult and costly for young children to physically be on site to experience archaeology,
virtual reality offers a way to introduce youth to the field. “You can put these goggles on and you’re in a unit, you’re looking all around, we have 360-degree cameras,” Pryor says.

Pryor has already tested the goggles with Fresno State President Joseph I. Castro. “He thought that was cool,” says Pryor, smiling.

That technology wasn’t there when Pryor was introduced to archaeology, but he knows how powerful an experience like that can be.

As a high school student growing up in Marin County, Pryor took a social studies class in which students created and buried a culture for another class to dig up. He was selected as a class crew chief and got to go to a real archaeological dig. He became enamored with the field and pursued it from that day forward, earning a bachelor’s degree in anthropology from UC Santa Cruz in 1979 and a Ph.D. from Binghamton University in 1988.

He came to teach at Fresno State in 1990, and jumped at the chance to teach the field school while collaborating with professor emeritus Roger LaJeunesse. While that blending of western science with Native culture and perspectives was groundbreaking at the time, Pryor says it’s becoming more common.

“The whole field is going in this direction. You could have a Hmong archaeology, you can have a Mayan archaeology — we need to be less western European in our colonial approach to archaeology.”

Running an archaeological field school such as this isn’t free. The necessary supplies, equipment and electricity typically cost about $5,000 per summer, and Pryor has relied on both University and private support to continue this work for more than two decades.

With the blessing of the landowner, he wants to continue exploring the Grandad site. “The place will tell me how long,” Pryor tells Natives when asked how much is left to research at the site.

He plans to retire from teaching within the next eight years, but the bonds he’s formed will last a lifetime. And Pryor is determined to see that work — his life’s work — make a difference.

“When we eventually write this up,” Pryor says, “we will rewrite the prehistory of this area. I don’t like using the term prehistory, because everybody has a history, but it’s before historic records, so this will contribute amazingly to our understanding.”

“Fresno State’s hands-on research
benefits the community by helping to
tell our story, keeping our culture alive
within the community. The school
working alongside tribal members
also benefits community relations.” 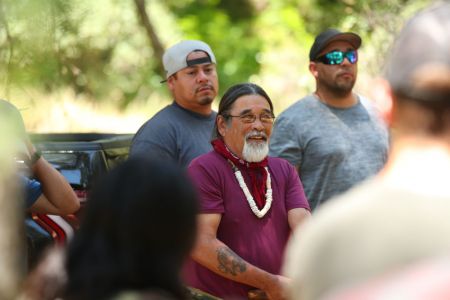 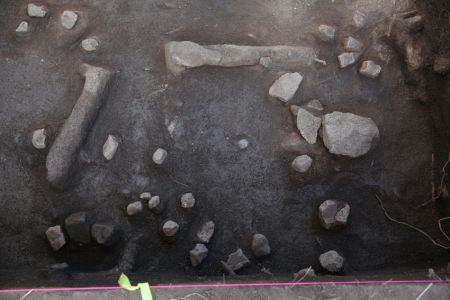 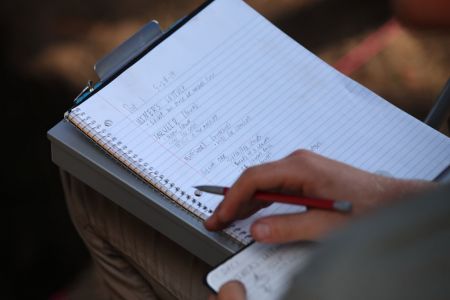 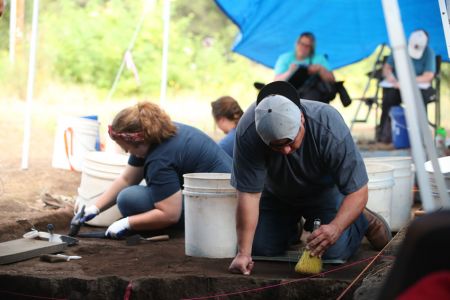 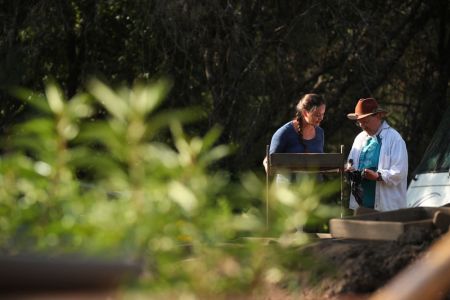 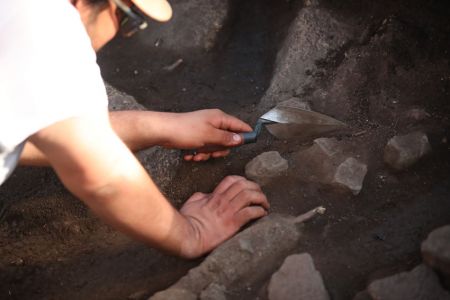 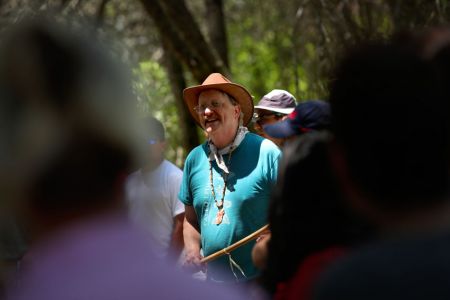 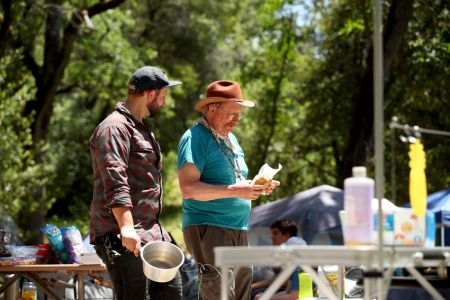 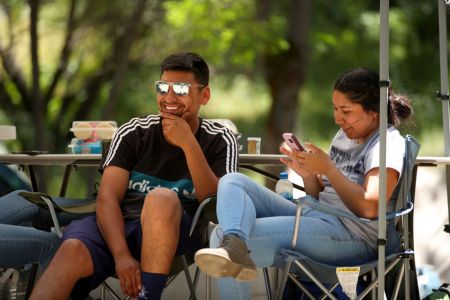 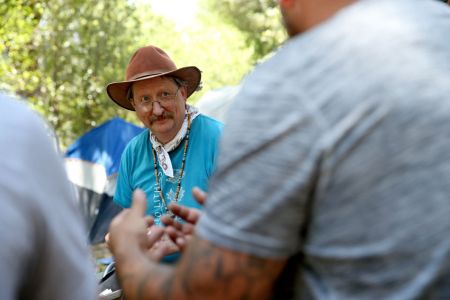 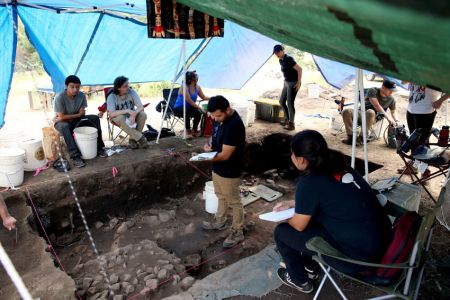 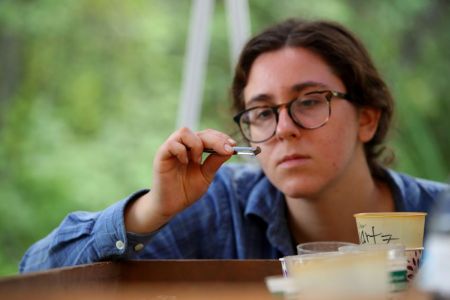 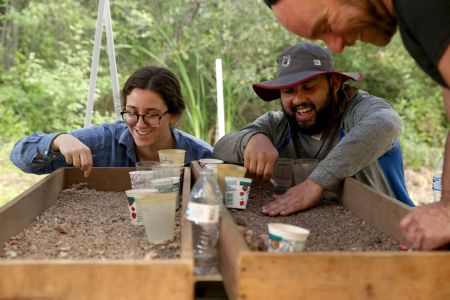 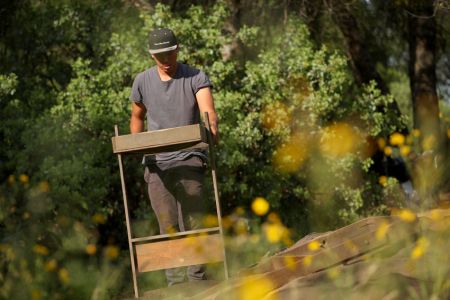 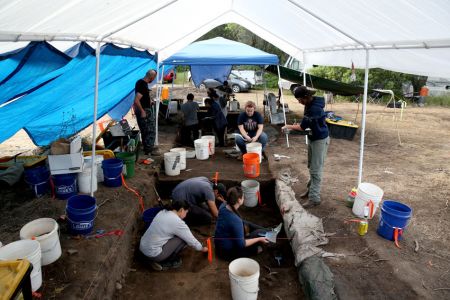