Skip to content
A Peek Inside the Campus Labs

A Peek Inside the Campus Labs

Research — it’s science. Or, in some cases, maybe it’s not. But scientific theories and hypotheses are being investigated, revised and applied across all eight schools and colleges at Fresno State.

For students, this focus on applied research offers opportunities to take classroom learning out into the field and gain valuable experience that will help provide solutions for the region or boost job skills needed after graduation.

While many research studies are underway on campus — 245 projects were presented at the annual Central California Research Symposium — the following pages will highlight a study from each of the schools and colleges on campus.

College of Science and Mathematics Dr. Qiao-Hong Chen and her chemistry students at Fresno State are working on engineering improved derivatives of natural dietary products for the treatment of advanced metastatic castration-resistant prostate cancer.

About 300,000 men worldwide (28,000 in the United States) die each year of the disease because there is no effective treatment. There is a large discrepancy between the incidence of prostate cancer in North America (120 cases per 100,000 men) and in East Asian countries (10 cases per 100,000 men), as well as an increased risk for Asian men who immigrated to the U.S.

The data suggests a preventative effect of traditional Asian foods. With that in mind, Chen and her students developed more than 350 new derivatives of dietary substances common in Asian cuisine, such as curcumin, genistein, quercetin, fisetin and silibinin. Several curcumin mimics have been confirmed to possess high potency as anticancer agents.

These compounds are in preclinical studies in collaboration with researchers at Xavier University of Louisiana and Charles Drew University of Medicine and Science. Chen secured a U.S. patent titled “Therapeutic Uses of Curcumin Analogs for Treatment of Prostate Cancer” and has filed three provisional patent applications. More than 50 Fresno State students have been involved with the studies.

Study: How an Athlete’s Passion Relates to Academic Success Is there a connection between student athletes’ passion for their sports and success in the classroom? According to research by Fresno State assistant professor Dr. Mariya A. Yukhymenko, the answer is yes.

Yukhymenko compared student-athletes who have a “harmonious” passion for the sport to those with an “obsessive” passion. She found those with harmonious passion tend to work harder in classes and find more value in the academic experience compared with their more obsessive counterparts.

She also found that compared to males, female student-athletes perceive their classes as more useful and valuable and say they put more effort into studying for classes. The findings from this and other studies she has conducted contribute to an enhanced understanding of what kind of coaching, academic support and administrative staff best helps student-athletes achieve success on and off the field.

“Disengaged youth” is a term Fresno State anthropology professor Dr. James Mullooly uses to describe people between 16 to 24 years of age who do not have jobs and are not going to school — a situation that could have a lasting negative impact. Research shows disconnected youth are more likely to experience negative social and economic outcomes as adults, including persistent poverty, long-term unemployment, poor health and substance abuse.

Working with Dr. Anne Visser from UC Davis, Mullooly discovered that as many as 17 percent of San Joaquin Valley youth fall into this category — compared to 8 percent statewide. That staggering finding in 2015 led Mullooly and Visser to investigate how to close the gap. According to their findings, African-American/non-Hispanic black youth experience the highest rates of disconnection from school and work in the Valley at more than 22 percent. Next is Latino/a youth at 12 percent and American Indian/Alaskan native youth at nearly 12 percent.
A follow-up study in 2016 found that community organizations are key to helping this population reconnect to school or employment. Many things shape one’s understanding of ethics and acceptable behavior, including what happens on social media. A study led by Dr. Zhanna Bagdasarov at Fresno State set out to investigate whether interactions on social media influence ethical judgements, attitudes and behavior.

More than 180 undergraduate students took part in the study, completing an online survey and responding to a series of ethical scenarios. What Bagdasarov and her fellow researchers found is a relationship between social media exposure and perceptions of ethics.

Among the findings was that people who reported seeing ethical wrongdoing on social media found those situations to be less acceptable and more unethical compared to others. People who see repeated ethical violations on social media were more perceptive to unethical behavior.

The findings could have important implications for business, management and leadership. As social media plays an increasingly important role in day-to-day lives, Bagdasarov says those interactions may be influencing both individual and collective understanding of ethics.

College of Arts and Humanities Professors and students at Fresno State are working with Native American communities, both locally and in other parts of the U.S., to preserve endangered native languages. Many tribes are in danger of losing their native language because only a few fluent speakers remain.

“Language is the defining characteristic of the human species; without language, there would be no civilization, no culture, no art, none of the achievements and capabilities distinctive to the human species,” says Dr. Brian Agbayani, chair of the Linguistics Department. “The study of the nature of language is fundamental to the understanding of what it means to be human.”

Since 2009, faculty members Dr. Chris Golston, Adisasmito-Smith and Agbayani have worked to revitalize the language, devise a writing system, start the process of developing a Chukchansi dictionary and grammar and preserve traditional stories and myths.

This past summer, several faculty members and students went to North Dakota and Montana to do fieldwork documenting and revitalizing the Crow and Hidatsa languages with the Language Conservancy, a national organization that works to develop teaching materials for indigenous languages.

College of Health and Human Services For children in the Valley, this can cause a number of issues for their health and well-being. A team of researchers from Fresno State aims to understand and reduce the risks of air pollution exposure to children in the region.

The study is in partnership with UC Berkeley, Stanford University, Sonoma Technology, Inc. and UC San Francisco-Fresno, and is jointly funded by the National Institute for Environmental Health Sciences and the U.S. Environmental Protection Agency.

Also, over the past two years, about 200 public health students conducted structured social observations in each zip code in Fresno and Clovis. The students collected observations and

This study allowed students to receive hands-on experience with data collection. The data is being analyzed, with results expected in the fall. Dr. John Capitman, Dr. Kara Zografos, Dr. Jaymin Kwon and Emanuel Alcala with the Central Valley Health Policy Institute and the Department of Public Health at Fresno State are leading the research.

Dr. Todd Lone and his agricultural business students are studying the value of the Fresno State brand in the local wine market. They analyzed whether student involvement in production and sales makes consumers more likely to purchase, and looked at attributes like price, varietal and brand awareness on customers’ willingness to pay.

Findings will help the nation’s first commercially bonded winery on a college campus enhance the learning experience of Fresno State students and measure the degree of alumni and community support for its product. 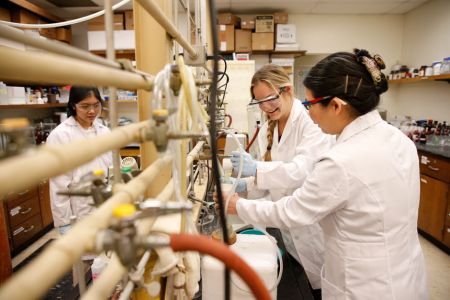 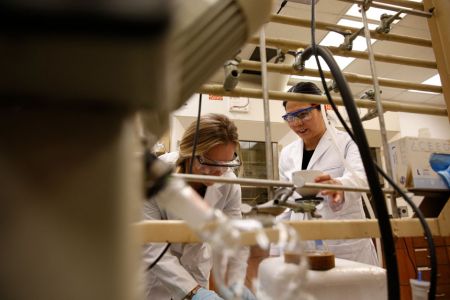 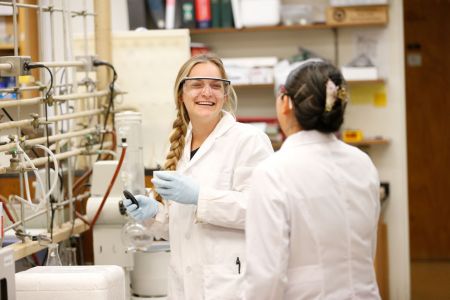 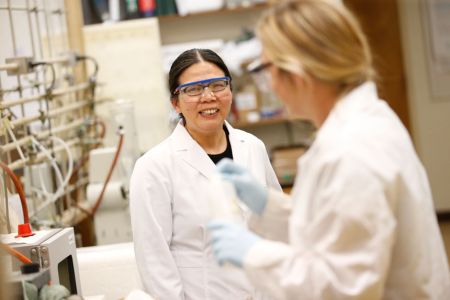 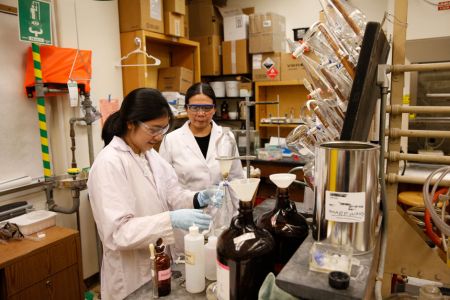 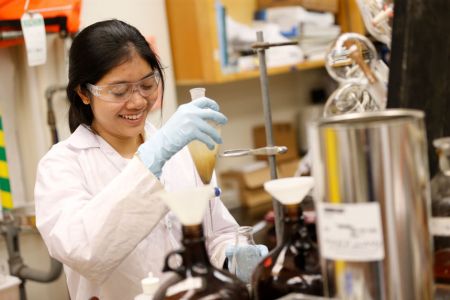