Wayne and Judy Holm caught the Red Wave spirit in the early 1980s and turned it into a lifetime of memories. With a particular fondness for Bulldogs men’s basketball, the Holms travelled on the team charter to every road game from 1995 to 2002 — and were regulars at home basketball and football games for more than three decades. Full of Bulldog spirit, they decorated a spare bedroom floor-to-ceiling with paintings and memorabilia where their twin grandsons used to have sleepovers. One wall depicts the score of a thrilling 1984 basketball game in which the Bulldogs beat first-place UNLV 68-43 at Selland Arena. UNLV was 16-2 in conference that year, with two losses to the Bulldogs. Wayne, the now retired founder of Famous Software in Fresno, formerly served on the Bulldog Foundation board of trustees.

Do you have that Bulldog spirit?

Show us how you keep Fresno State pride alive at your home or business and you might be featured in a future issue of Fresno State Magazine! 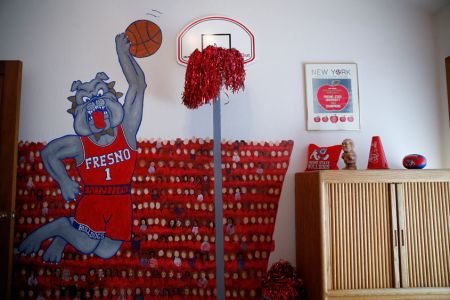 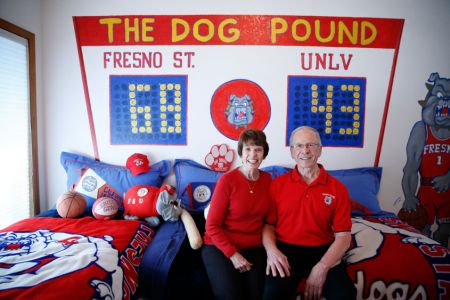 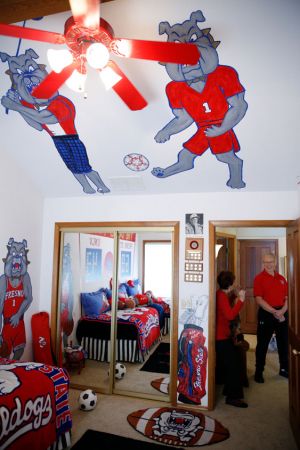 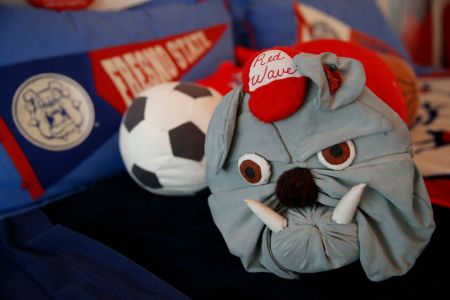 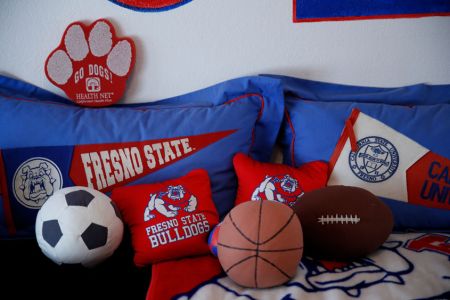 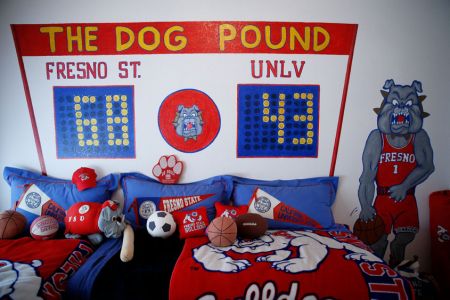 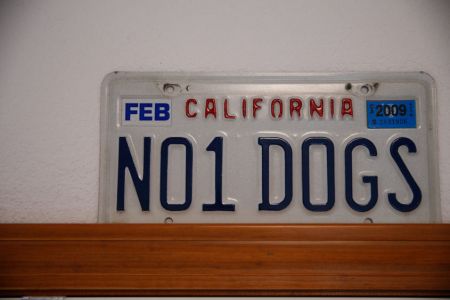 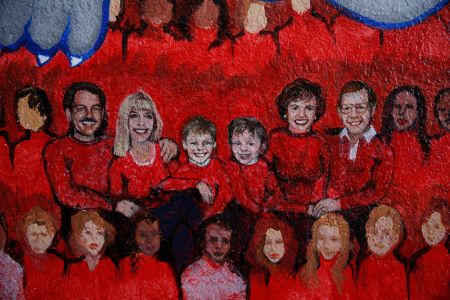 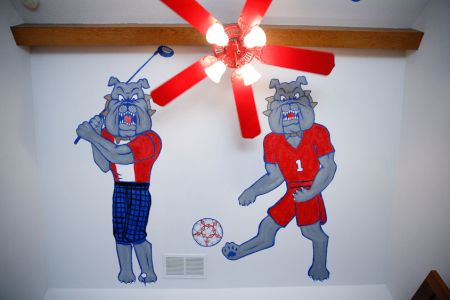 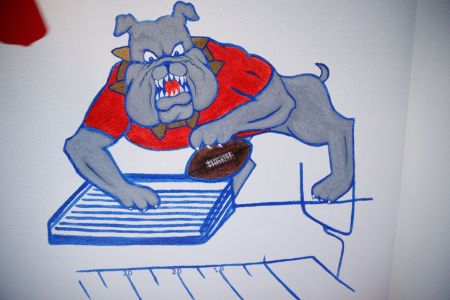 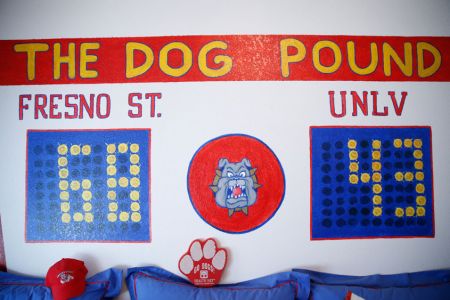