Registration Now Open to Save a Life

by Eddie Hughes and Erika Castanon

Justin Garza started his battle with Hodgkin’s lymphoma in 2011. Now 40 years old and married with two young children, Garza is fighting as hard as ever, having twice come out of remission. He’s fighting for his young family — wife Regina, 4-year-old son Joaquin and 11-month-old daughter Elena — but also for other people facing blood cancers and immune disorders.

That’s why Garza, who is on leave from his job as Central High School football coach and teacher, got involved in organizing bone marrow registry drives in the community to educate people about the need. At first, he planned a drive at Central’s home opening football game in fall 2014, but word spread and others wanted to get involved.

In September 2014, the Justin Garza Blood and Marrow Registry Drive at Fresno State, his alma mater, drew 672 new marrow registrants. Within four months, the Be the Match for Justin Garza team registered more than 2,200 people.

Joining the registry is as simple as a cheek swab that is sent to a lab for analysis. One out of every 500 people who register will be called to donate.

That call came for Johnathan Benson, a Fresno State senior majoring in environmental sciences. He joined the registry at that on-campus drive and was called 10 months later as a possible match for an infant diagnosed with chronic granulomatous, an immune system disorder.

Benson then provided a blood sample for further testing and was scheduled for a physical examination before undergoing the hour-long procedure to donate his marrow.

“How often do you have a chance, in an instant, to say, ‘Yeah, I am going to do something that could change someone’s life?’” Benson says.

That potentially life-changing moment came for Garza this past year as well. He had been through chemotherapy and a stem cell transplant, and the next step was a marrow transplant. In August 2014, Garza’s match was located in Europe.

“I was relieved that I found a match and excited that at least I had a chance to beat the cancer that had come out of remission twice already,” says Garza, who this summer was receiving treatment at Stanford University Medical Center for complications related to the transplant. “Some patients never find a match.”

A new student club wants to help make more matches possible. This fall, Fresno State launched a chapter of Be the Match On Campus — becoming the third California State University to do so. The chapter planned four marrow drives for the year.

Marrow registrants 18 to 44 years old have the highest chance of being a match, and every year about 14,000 people are in need of a marrow transplant, says Ariana Cavazos, president of the Be the Match On Campus chapter.

While Garza’s organs still try to adjust to his donor’s cells, he remains focused on surviving for his family and helping others do the same for their loved ones.

“Just joining the donor registry provides an opportunity to save a life,” Garza says. “There are people like myself who are in the middle of their great lives, and all they have for a chance to continue their lives with their families is a matching donor. You may be their last chance.”

Visit bethematch.org for more information or to see how you can help 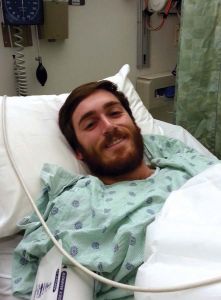 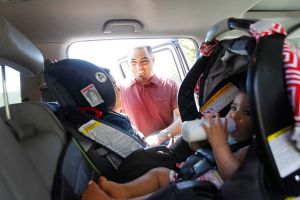 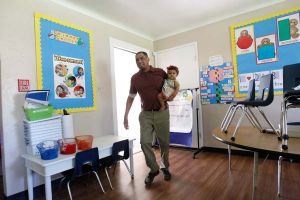 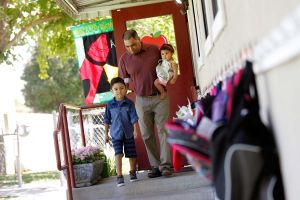 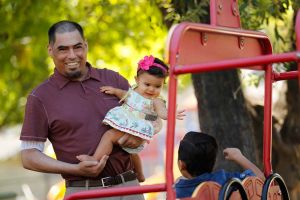