Lorenzo Neal became the eighth Fresno State football alumnus to have his jersey (No. 22) retired on Oct. 23, when Fresno State beat Nevada 34-32 in front of 33,012 fans at Bulldog Stadium.

Known for his punishing blocks, Neal is considered arguably the greatest NFL fullback of all-time after a 16-year career that included stints with seven teams, including the Saints and Chargers. While with the Titans in 2000, he fielded the kickoff known as the “Music City Miracle” that sent his team to the Super Bowl. A fourth-round draft pick in 1993, Neal earned four Pro Bowl selections and three All-Pro honors.

At Fresno State from 1989-92, Neal was an All-American as part of a three-headed monster in the backfield that included Ron Rivers and Anthony Daigle. The Lemoore native is ninth in school history with 2,405 rushing yards and 27 rushing touchdowns. In 1992, he was named the Freedom Bowl MVP, leading the Bulldogs to a 24-7 win over USC at Anaheim Stadium. He was also an All-American heavyweight wrestler. 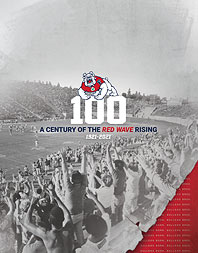