The Fresno State community lost three men — each the all-time winningest coach in school history in his respective sport — within the span of four months.

Bob Bennett, who racked up 1,302 wins in his 34 years coaching Fresno State baseball, passed away June 14. He was 86 years old.

In the following pages, Fresno State Magazine takes a look back at their biggest sporting accomplishments, their impact on the campus and in the community and shares remarks from some of the student-athletes they influenced. 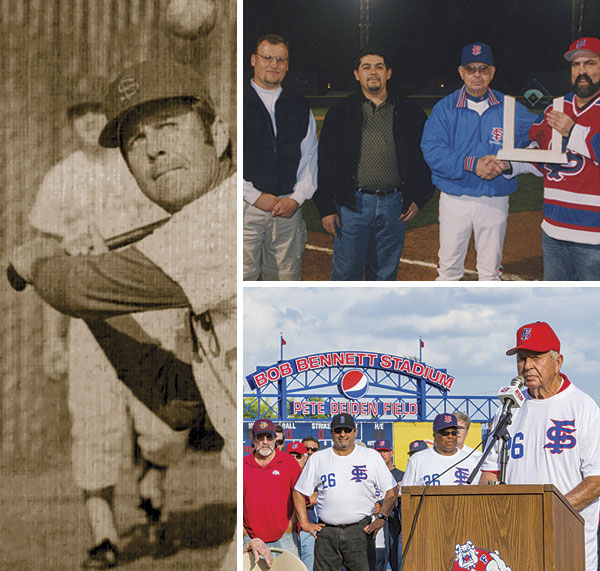 – His 1988 team won a program-record 56 games and went on a record 32-game winning streak, earning a No. 1 national ranking during the regular season.

– Named National Coach of the Year by The Sporting News in 1988.

– Pete Beiden Field at Bob Bennett Stadium was dedicated in his name in 2016.

– Played catcher for the Bulldogs as a student-athlete from 1952-55, under legendary coach Pete Beiden, earning all-conference honors twice.

“Bob was not only a great coach, he was a great man in the truest sense of the word. He really cared about his athletes. He cared about their character.”

“What Coach was to the school, the program, what he meant to us former players and alumni, boosters, Dugout Club, that stadium wouldn’t be there if it weren’t for him and all that he stood for.”

“I’m honored to have had him as a friend and also as my coach. He’s going to be missed, not forgotten, I know that. He’s just a great man. He lived life the right way.”

“He expected the most out of his players, and he wanted to teach every one of his players, including me, how to be a man. Being in his program was learning about life and learning how to be a good citizen in our community, a good father, a good husband, and just all the things that went along with it.”

“Coach Bennett’s impact on our lives is immeasureable. He taught us: discipline, competitiveness, drive, determination, dignity, humbleness, loyalty, perseverance, accountability, respectfulness and selflessness. So in other words, he taught us how to be men. His impact on this community and the sport of college baseball will always have his fingerprints on it. He was a pioneer and a visionary that was 25 years ahead of his time.” 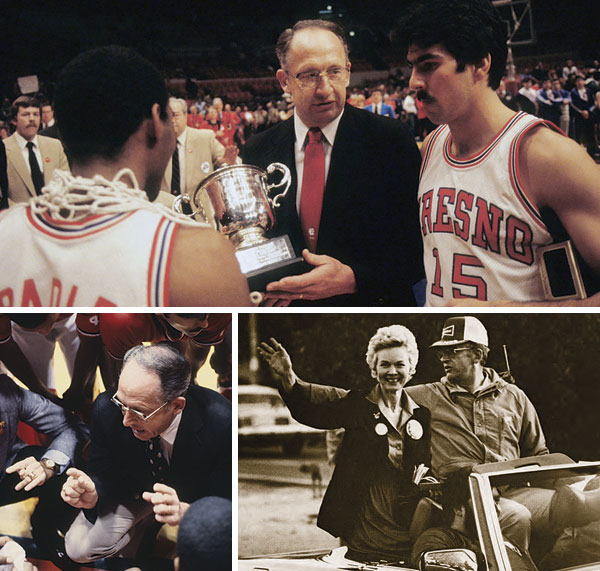 – Led Fresno State to 1983 NIT championship, a 69-60 win over DePaul at Madison Square Garden in New York, before being greeted by thousands of Red Wavers outside the airport when they returned to Fresno.

– Then 6,500-seat Selland Arena, with its raucous fan base that became known as the Red Wave, was nicknamed “Grant’s Tomb” during his tenure. The arena soon expanded to 10,000-plus seats.

– Inducted into Fresno Athletic Hall of Fame in 1993.

– Fresno State led the nation in scoring defense during Grant’s first year, and was ranked in the top 10 in each of his nine seasons.

– Prior to taking the Fresno State job, Grant was an assistant at Kentucky (1972-74) and head coach at College of Southern Idaho (1974-77), where he won a junior college national championship.

“My dad had such a deep connection with the people of Fresno because of what this community embodies — honesty, hard work and the ability to succeed from an underdog role. His teams demonstrated the mindset of our community by focusing on defense.”

“He was a no-nonsense guy. He believed in practice and practice makes perfect, and we did it until we got it right.”

“That’s the thing about Coach Grant, being the ultimate winner, you have to fall in line or you’re going to fall out of line, and that’s how he coached. I had to be fundamental just to get to my goal, which was to get to the league, get to the NBA. … To this day, the fundamentals on the defensive end still stick with my philosophies, my mindset. You think about what Coach Grant, Coach Adams and Coach Thrash were teaching us, particularly on the defensive end, that stands the test of time.”

“Coach was a good man. He really was a good man. I’m biased, but the best coach in Fresno State history is Coach Grant. The brotherhood of the players that were there, that’s a special friendship, a special bond.” 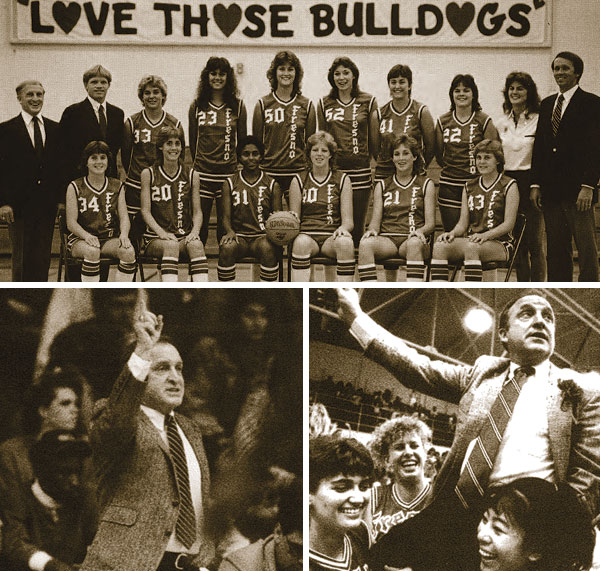 – Guided the Bulldogs to four seasons of 20 or more wins.

– His 1986-87 team, the program’s first to earn a top 25 national ranking, holds the school record for highest scoring average in a season (78.4 points per game).

– Coached at Fresno State the final 12 years of his 27-year coaching career.

“When I played at Fresno State, Coach Spencer introduced the words ‘intestinal fortitude’ into our vocabulary. He introduced a sense of courageousness, fearlessness and great heartedness that permeated our program. This spirit of tenacity marked our team and has marked my life. I am thankful for Coach Spencer and the lessons learned that have lasted a lifetime.”

“Besides my father, he was the most touching man that I had in my life. He would want to relax before games so he would say, ‘Chuck, I’m going back into the locker room. Don’t let anybody in. Come get me when we’ve got 10 minutes before we’re ready to go out. He just wanted his own time to focus and then when he’d come out he was a ball of fire.”