Gavin Baird has always had a fondness for Fresno. So it’s no surprise he’s promoted his city every chance he’s gotten — including during a prestigious graduate study experience abroad in London and now in his career as a legal analyst at Google.

Now, the Fresno State alumnus is also mentoring current students in his free time so they, too, can take advantage of opportunities to earn national honors and study internationally while representing Fresno State amongst some of the top universities in the country. To Baird, it’s a testament to what being a Bulldog is about.

“When I was in the U.K., I realized that a lot of people had mentors and experiences that I just never had, and I didn’t want people from Fresno State to come through and feel like they were at a deficit,” Baird says.

He was born and raised in Fresno and was a political science major aspiring to become an attorney until he studied international relations. His curiosity and the faculty mentorship he received led him to apply for the prestigious Marshall Scholarship, funded by the United Kingdom government and offering U.S. scholars the opportunity to study in the U.K.

“It was when I got to London that I realized how thankful I am for everything in Fresno. I had a wonderful time in London, but Fresno just really felt like home,” Baird says. “I also knew that I was really fortunate to be given this opportunity. I was the first Fresno State student to ever get the scholarship and I was the first one from a CSU since 1974.

Baird applied for and received funding to attend the London School of Economics and Political Science while earning his master’s degree in international relations. He met and studied with students from prestigious schools from around the world who had never attended a public school and who would only know about Fresno through what he shared.

“I wanted them to think of Fresno as a place that has thoughtful people that are ethnically diverse; that has a wide range of political interests, beliefs and experiences; and I wanted them to know I have a big heart for that community,” Baird says.

But he also wanted more Fresno State students to land major academic opportunities like he did. So he continued to spread the word about the campus and the city. When he was awarded the scholarship, he asked what he could do to help other students get there. The answer was mentorship.

Now in his role at Google, Baird stays connected to Fresno by doing just that. He recently mentored three students (who graduated in May) from different majors and backgrounds on the ins and outs of applying for scholarships and graduate schools abroad. Having already gone through the experience, he believed he could make that goal seem more realistic for them.

Micah Olivas, a biochemistry graduate who is featured in the cover story of this Fresno State Magazine issue, earned the opportunity to study in Oxford. Danielle Richman, a recent political science and history graduate who is also featured in the magazine, is considering graduate schools and fellowship opportunities in the U.K., and former ASI Demetria Wack has applied for grad school in the U.K.

“They can succeed in those environments,” Baird says. “I’m [tried] to be the person telling them this is something that can happen and motivate them.”

Hundreds or thousands of miles away, Baird was in frequent communication with them during their undergrad years through texts, calls, emails and even in person when he was in Fresno. He helped guide all three in different capacities and made sure his advice was tailored to each of them as they wrote essays, met deadlines, sought letters of recommendation and worked to make sure their GPAs were correctly translated into the U.K. system. 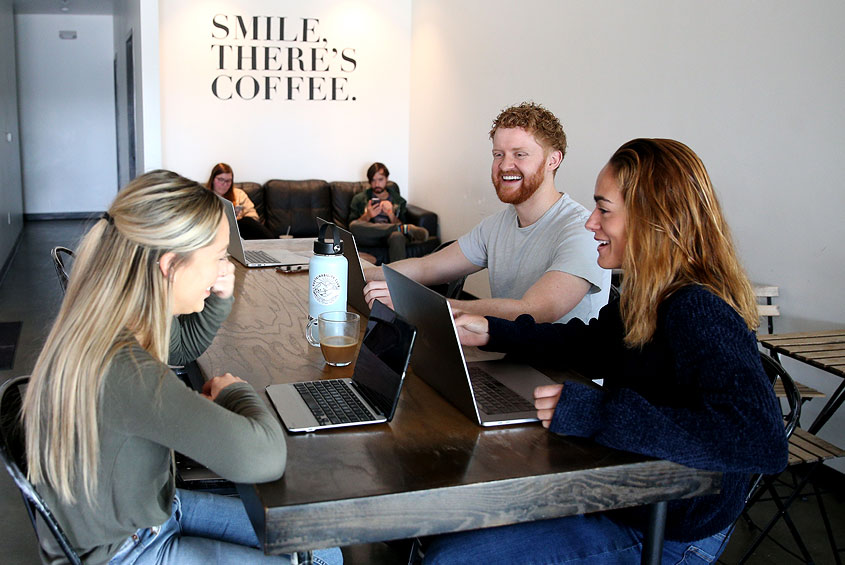