Music and journalism project focuses on understanding other cultures

Growing up in Stockton, Chris Carreon watched a lot of movies. Big blockbusters like Star Wars, Jurassic Park and Back to the Future. He was drawn to the films not by the action or plot, but by the music. “It’s the job of the composer to convince the audience to believe in the world the director created. And I thought, ‘That’s such a cool job.’”

Carreon isn’t scoring blockbusters yet. But the Fresno State music composition student is taking part in a cross-departmental service-learning project designed to bring to life the cultural experiences of many of the ethnic groups that call the Central Valley home.

“Coming Home” is the brainchild of Dr. Benjamin Boone, a music composition professor, and his wife Alice Daniel, a veteran journalist who also teaches reporting at Fresno State. Boone tasked four music composition students with selecting a culture other than their own and composing a piece of music inspired by that culture. As the composition students were researching and composing their works, journalism students in Daniel’s class also selected cultures they were unfamiliar with and interviewed people about their experiences living in the Valley.

The project culminated in May when the 300-piece Fresno Youth Orchestra performed the compositions at the William Saroyan Theatre in downtown Fresno. As the music played, the stories gathered by the journalism students were woven into the performance.

Boone credits author Saroyan for inspiring the project. In his writings about the multitude of cultures that intersect in the Valley, Saroyan explored what it means to call a place home. Boone wanted his students to confront the concept of home from a different perspective. “The idea is that you grow personally and professionally when you encounter ‘the other,’” he says.

Carreon found himself drawn to the Armenian-American people, a culture he admits he knew little about going into the project. He started by talking with people of Armenian descent and reading historical accounts of the Armenian Genocide, the systematic extermination of 1.5 million Armenians by the Ottoman empire from 1915 to 1923.

He also immersed himself in traditional Armenian music, a style he describes as “a haunting and beautiful sound” that reflects the experience of the Armenian people. “When you hear traditional post-genocide Armenian music,” he says, “you hear a sense of both struggle and hope.”

Out of the Comfort Zone

Romo asked what she thought was an innocent question, inquiring into what contributions African-Americans had made in the Central Valley. “She replied back that by asking such a question I was assuming they haven’t contributed, and that’s racism.” Romo says she was nervous going into the interview because of the sensitivity around race and culture in today’s world. “When she came back with that response I didn’t know what to say. I was shocked,” she said. “I’m not a racist at all. It scared me.”

While the other journalism students avoided this level of volatility, many expressed feeling nervous about engaging in such personal conversations with strangers. According to Daniel, the discomfort they experienced was central to the project.

“The more students interview people who come from different perspectives and cultures, the more they learn about life,” Daniel says. “Our preconceived notions about others are usually way off base, and good journalism teaches us to step out of our comfort zone. That in itself is a gift.”

Looking back on the interview, Romo says it was a positive experience, both for her and the person she interviewed. “She educated me. She told her story, and I got my facts straight and grew as a reporter as far as learning how to ask questions.”

Carreon went into the project expecting to learn about Armenian culture, but he discovered that he also learned about himself. “As a person from Mexican-American background, we’re culturally very different when it comes to our food, our music and our history in the United States.” But in comparing the two cultures’ traditional music, he realized that while rhythmically different, harmonically they are similar.

Boone says the goal of each composition was to describe the original homeland of the culture and express how it came to call the Valley home. While the students were tasked with composing in the traditional style, they also had to remain true to their own musical tradition. The idea of drawing inspiration from another culture, without parodying it, was a concern of the students.

“That was very hard. That was in my mind at all times. My question was, how can I present this as a gift to the Armenian people?” Carreon says. “I tried to stay consistent in the mood and the feeling I was attempting to convey. That’s how I believed I achieved a sense of respect and honor.”

The performance of the composition by the Fresno Youth Orchestra was only the second time Carreon heard his work performed live. It’s an experience he describes as surreal. “When people hear the music I hope they hear the Armenian people and how they made the Central Valley their home.”

When he looks at current conflicts in the world in places like Syria, Carreon says his understanding of the Armenian experience gives him hope each person can play a role to support the peaceful conclusion of conflict. “It teaches me that instead of just sitting around and watching the news go by, we as a people can do something about issues in the world.”

Boone believes the strength of the project is its ability to help students grow academically and personally, cultivating more compassion for their neighbors. “We all call this Valley home, so we can learn from each other and grow by understanding each other rather than vilifying each other” he says. “This is music and voice, coming together as one artistic expression to demonstrate inclusion, acceptance and how we are all stronger united.” 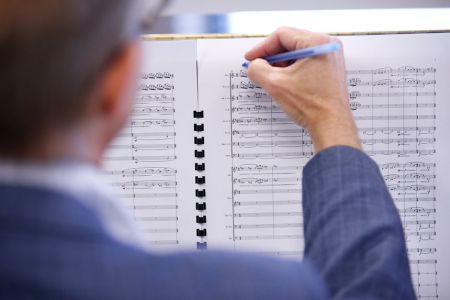 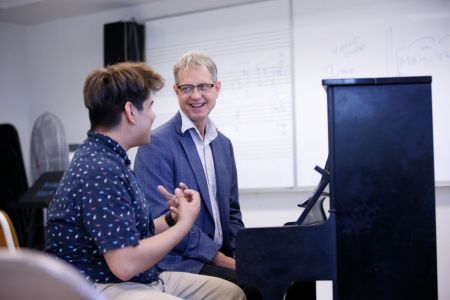 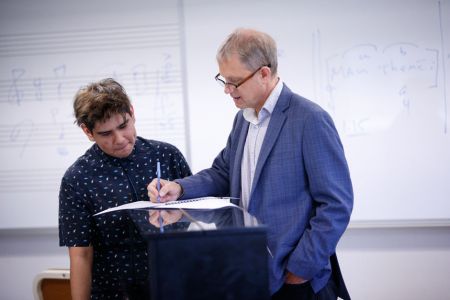 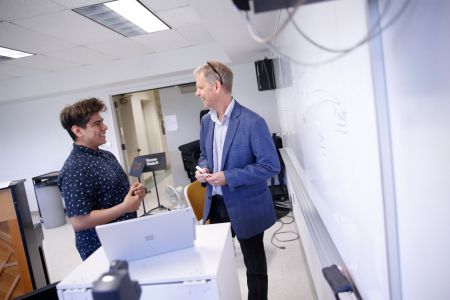 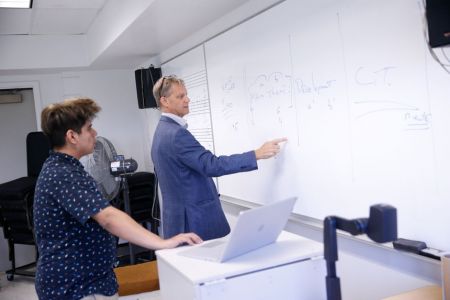 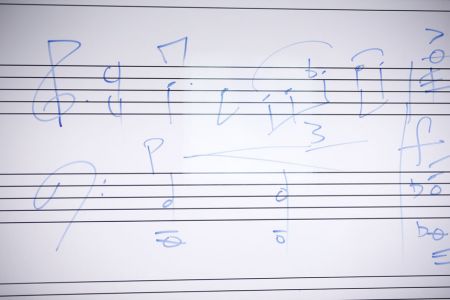