Chuck Ary (1955), a former Fresno State student-athlete, was inducted to the Dixon High School Hall of Fame. During his coaching career at Dixon High, he coached 10 basketball teams, five baseball teams, four football teams and served as athletic director. He also led a movement in front of the board of education to provide equal pay for all coaches. In 1967, he became vice principal of the school.

Lee Patrick Brown (1961, ’94) is a founder of the National Organization of Black Law Enforcement Executives (NOBLE). Brown has organized around the needs of African American police executives.

Sean McCleneghan (1964) was inducted into the New Mexico Press Association Hall of Fame. 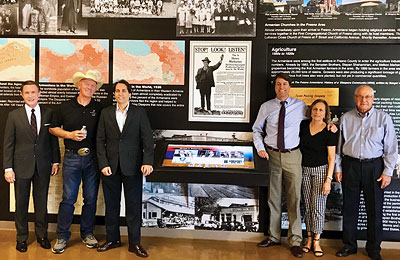 It took a year for brothers Jeff Ahronian (1993) and Jason Ahronian (1998) to raise money to create a Big Fresno Fair exhibition featuring early Armenian history in Fresno County. The exhibition was so well received it earned the Western Fair Association’s coveted Blue Ribbon Award in its first year on display. The following year, in 2019, the family, including father Richard Ahronian (1968) became Big Fresno Fair Hall of Famers — a fitting tribute for a family full of Fresno State graduates and supporters who set out to recognize the rich history of Armenians in the region.

Christine Vartanian Datian (1974, ’77), a native of Fresno and a resident of Las Vegas, is a weekly contributor to the recipes section of the Armenian Mirror-Spectator newspaper, the first English-language Armenian weekly published in the United States. She has been published in The Fresno Bee, Sunset Magazine, Cooking Light Magazine and the New York Times. She served as an advertising copywriter at Harrah’s in Reno and Lake Tahoe, and at advertising/marketing agencies in Fresno, San Francisco and Las Vegas. She worked for major government subcontractors at the Yucca Mountain Project and the Nevada Test Site in Mercury, Nevada.

Arturo Samora (1974) was named grand marshal for the 2019 Veterans Day Parade in Porterville.

Timothy P. White (1970), who has served as the California State University chancellor since 2012, announced he will retire following the fall 2020 semester.

George Petersen (1986), principal at Liberty Elementary School in Fresno, was the only principal in California to earn the 2019 Terrell H. Bell award, recognizing top educators.

George T. Tucker (1984) was named the agricultural commissioner and sealer of weights and measures for Tulare County.

Mustafa Abdallah (1997, ’99) was promoted to executive leadership at Pharmatech Associates.

Manny Fernandez (1997) is now the Los Angeles Bureau chief for The New York Times. As a student at Fresno State, he was a summer intern at The Wall Street Journal’s Los Angeles bureau. After graduating from college, he became a reporter for The San Francisco Chronicle.

Lori Gonzalez is now superintendent-principal for El Nido Elementary School District in Merced County. Parents across the country were in a unique situation — juggling the stresses of keeping families healthy while many worked from home and also navigating how to homeschool their children because of school closures. Meanwhile, Valley teachers were missing their students and working to find ways to connect. And while Fresno Unified School District had a digital hub of resources available for its 74,000-plus students, one teacher decided to take distant learning a step further. 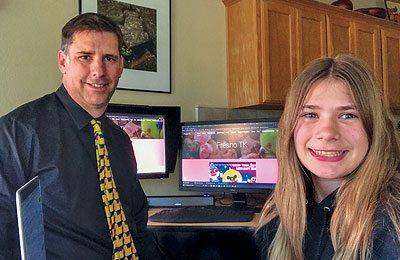 David Hunter (2004), a transitional kindergarten teacher at Ericson Elementary School, knew some parents were overwhelmed and wanted to create a resource his 5-year-old students could navigate themselves. Hunter enlisted the help of his fellow TK teachers to create a website where students could watch their own teachers guiding activities. His 13-year-old daughter, Amelie, built the site: sites.google.com/view/fresnotk/. The site uses shapes and colors, rather than big words, to help young children easily navigate.

Matthew A. Polanco (1992) is now director of government relations for Visit San Antonio, showcasing the Texas city as a premier for leisure and work.

Suzanne Rodriguez (1991, ’97, ’19), a school supervision and social work expert for Robson Forensic, earned the 2019 Dissertation in Practice of the Year award from the Carnegie Project on the Education Doctorate. Rodriguez a former school principal in Dinuba Unified School District examined the professional development provided for California principals.

Mark Rose (1997) is now vice president of product management for Ontera, the leaders in silicon-based nanopore diagnostics. He was previously product lead at Google, where he launched the company’s popular Nest brand products.

Noel Basso (2004) was promoted to director of winemaking for Oak Ridge Winery.

Tom Bosenko (2000) retired after 30-plus years with the Shasta County Sheriff’s Department.

Mike Dunn (2003), former human resource manager at Fresno State, was named 2020 Citizen of the Year by the Kingsburg Chamber of Commerce. He described living in Kingsburg as the next “best thing to living a Hallmark movie.”

Alia (Merrell) Eriksen (2005) owns a design company called Prickly Pear Paints. Her watercolor art has attracted about 19,000 followers on Instagram, and her work is now being sold at Hobby Lobby.

Maria “Lupe” Jaime (2001), senior director of early care and education at the Fresno County Office of Education, was appointed to the Early Childhood Policy Council by Governor Gavin Newsom.

Tanya Nichols (2001, ’04) and Bill McEwen have released their new book called “Stinger,” a knowledgeable romp through business and family intrigue in the Central Valley.

Katie Otto (2003) is now development and operations director at the California Farmland Trust.

Garth Richards (2003) is the business development representative for Spirit 88.9 and owner of G&K Properties and Garth’s Custom Barrels.

Kristopher Greene (2019) is the enrollment services adviser and operations manager for University of California, Merced.

Dante Marsh (2017), a standout cornerback for the Bulldogs football team from 1998-2000 who went on to play 11 years for the Canadian Football League’s BC Lions, earned a Master of Science degree from Concordia University in Chicago.

Tanvi Jithendran (2013), a speech-language pathologist who treats patients recovering from stroke or trauma as well as those with dementia and swallowing difficulties, is now at Adventist Health in Hanford.

Kathleen Schock (2017), adjunct faculty at Fresno City College, is now host of news magazine program “Valley Edition” on Valley Public Radio FM89. The show airs at 9 a.m. Friday mornings with a rebroadcast at 7 p.m. and is also available as a podcast.

Jenny Toste (2011) is now a realtor with Realty Concepts, specializing in Valley residences and ag land, as well as mountain properties. 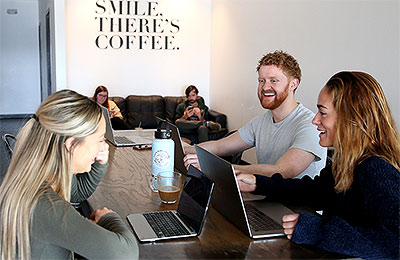 When Gavin Baird (2014) became the first Fresno State student ever to earn the prestigious Marshall Scholarship to study in the United Kingdom, he represented his beloved University alongside students from some of the most respected schools in the world. Now a legal analyst for Google, Baird has started a grassroots effort to mentor other Fresno State students from various majors interested in applying for prestigious scholarships and graduate schools, sharing with them tips he learned along the way. Three students he recently mentored include Micah Olivas, who you can read about on Page 24; Danielle Richman, who earned the Dean’s Medal for the College of Social Sciences; and Demi Wack, who served as student body president in 2018-19.

Gina Avalos (2020) was hired by KSBY 6, the NBC affiliate in San Luis Obispo. 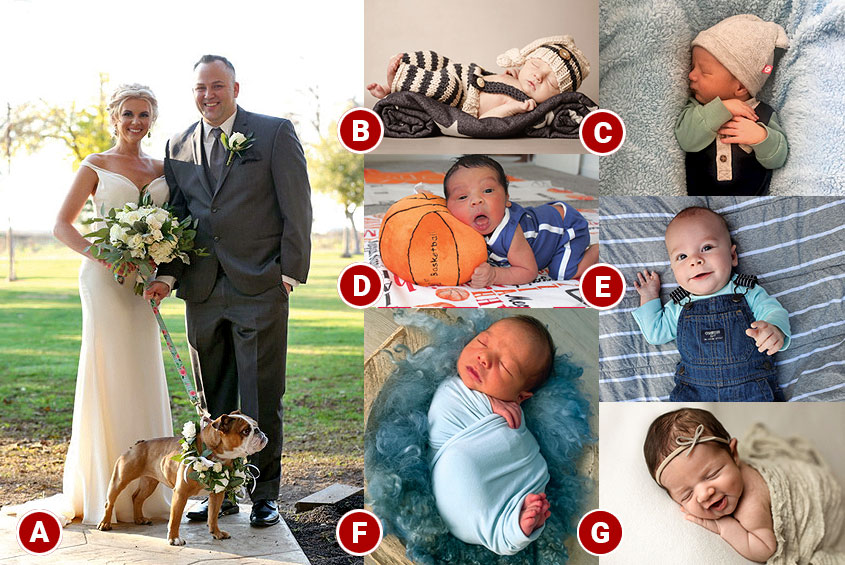