The phrase is heard often nowadays around the Fresno State campus, and has even been used as part of speeches by folks like Fresno State President Joseph I. Castro. What many may not realize is the phrase gained its popularity from one of the biggest standouts in Fresno State baseball history — Inman Perkins.

Inman never played an inning of baseball for the Bulldogs, but he’s rarely missed one from the stands of Pete Beiden Field at Bob Bennett Stadium. And his cheers certainly make a lasting impression with anyone who’s ever been to a Fresno State baseball game. While Fresno State Magazine doesn’t typically refer to subjects by their first names, it seems fitting for a man so well known by just one name.

Inman can be found at nearly every Diamond ’Dogs home game, sitting in his seat in Section L, Row 2, where he’s become such a fixture the University has started gifting him his season tickets. Numerous times each game, he gets up to lead the Red Wave in cheers. During the middle of the first inning, just before Fresno State bats, he stands in the aisle and bellows, “Hello! It’s a great day to be a Bulldog!”

He wears his Bulldog Red shoes, pants, jersey and cap and yells, chuckles and smiles his way to nine innings of fun, win or lose. The student section often chants back, “Inman’s got big, red shoes,” and other fans stop by inning after inning to shake hands and say hello.

It’s just a slice of the way Inman has been engaging crowds and making Fresno State baseball an interactive event for decades. “I have a great time. Where else is a 78-year-old man going to get to act like an idiot?” Inman jokes.

But what he’s doing is far more strategic than that. He follows that first-inning Bulldog spell out with a Fresno spell out a few innings later and delivers charismatic barbs any time he feels like the team needs a boost. Then he leads the crowd in “Take Me Out to the Ballgame” during the seventh-inning stretch and gets on the first-base dugout to lead a “go ’Dogs go” chant in the eighth inning.

“He’ll start that ‘go ’Dogs go’ chant, and we’ll come back from break, and I’ll just prop that mic up so you feel that atmosphere from the game that I can’t describe for you,” says Paul Loeffler, the voice of Bulldogs’ broadcasts on 940 ESPN radio.

“Anyone who knows him, you’d swear he hasn’t aged in 30 years. He has that passion that is contagious and you want to emulate. It’s impossible to imagine a Bulldog baseball game without him.”

Inman’s presence at Fresno State sporting events began with football games at Ratcliffe Stadium when he was a student from 1962-65, after he transferred from Fresno City College where he had been head cheerleader for four years. He joined the Fresno State pep squad and started sharing his ideas. “At college, you don’t do high school cheers,” Inman says. “When I came in, I indoctrinated them to that. You do something short and quick. That was my philosophy, and that’s always been my philosophy.”

After studying radio and television broadcasting in college, Inman set aside his cheers and went to work as a floor director for the local CBS affiliate, then as a courier for KMJ radio before spending 20 years in the mailroom for The Fresno Bee.

But in 1977, Inman says excitement was brewing across town as talk of building a new 30,000-seat Bulldog Stadium began. Inman reached out to longtime Fresno State employee Tom Kane, who was sports information director at the time, and offered to come back and train the pep squad. “When homecoming came, I came out and did the opening for them,” Inman says. “I’m getting ready to go back to my seat, and they said, ‘Well, we’ll want you to do the whole game.’”

Inman remembers everything going his way. “Anybody want a touchdown?” he yelled. The next play, the Bulldogs scored a touchdown. And just like that, Inman was the Bulldogs head cheerleader again. The fired-up football crowds carried over to basketball season, just as legendary coach Boyd Grant was getting his start with the program. “That was the birth of the Red Wave,” Inman says. He remembers thousands of fans travelling the I-5 to see the Bulldogs play in Long Beach.

“There were so many people on the Grapevine,” Inman says. “A highway patrolman stopped one guy and said, ‘Listen, you’re not doing nothing wrong, I just want to know where all these people in red are going.’”

Inman recalls leaving campus one day when three Bulldogs baseball players approached him. He remembers them saying, “Listen, you’ve got to come to our game” on Saturday. He went home and told his wife, Donna, and they went.

“We came out and sat down,” Inman says. “About second inning, my wife’s going, ‘Go do a cheer.’ They don’t do cheers at baseball games, what’s wrong with you?” But she kept urging him.

That was 1977, and now a whole new generation — or two — of Fresno State baseball fans has grown up watching him do his thing. His sons, ages 50 and 36, and grandchildren, ages 22 and 11, often join him in the stands.

“He sets a standard for what it means to be a Bulldog fan because he’s so into it, he’s never down, he’s always energetic,” Loeffler says. “Anyone who knows him, you’d swear he hasn’t aged in 30 years.

He has that passion that is contagious and you want to emulate. It’s impossible to imagine a Bulldog baseball game without him.”

Inman has witnessed a lot of Fresno State baseball history. The 1980s and ’90s featured near-capacity crowds. There was 1988, when the team won a record 56 games and had an almost inconceivable 32-game winning streak while being ranked No. 1 in the nation much of the regular season before losing in the College World Series. There was 1991, when the Bulldogs went back to the College World Series behind the arm of Bobby Jones, the national player of the year. And of course 2008, when the Bulldogs grew from a rocky regular season to get hot down the stretch under coach Mike Batesole and win the national championship.

Inman would like to see those capacity crowds return to Bob Bennett Stadium.

“Come to a baseball game,” Inman says. “If you enjoy baseball at all, or if you’ve never been, come out and try it. The food’s great, the price is not high. You can have a great entertainment day and enjoy yourself.”

Experiencing his unique cheers will ensure that.

“Think about all the people who have been at games there the past 40-plus years,” Loeffler says. “How much has he impacted their experience? How much joy has he brought to people? How can you not sit there and cheer when he gets that going?” 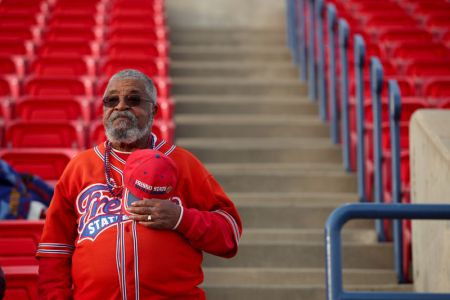 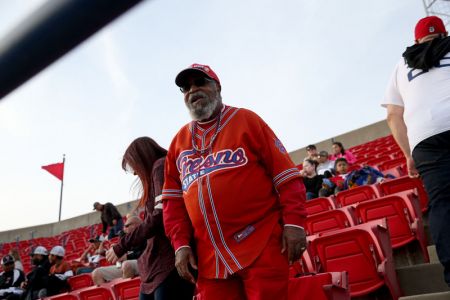 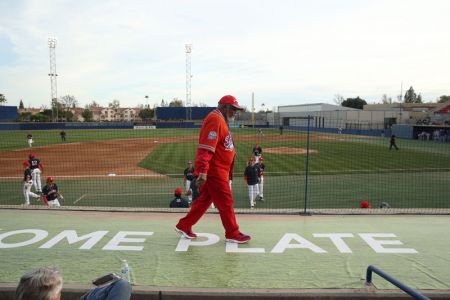 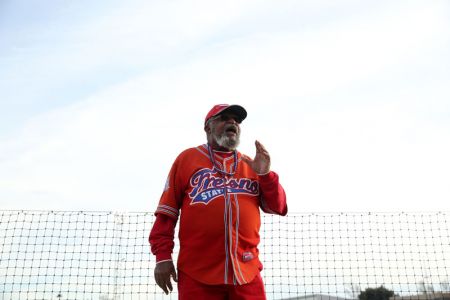 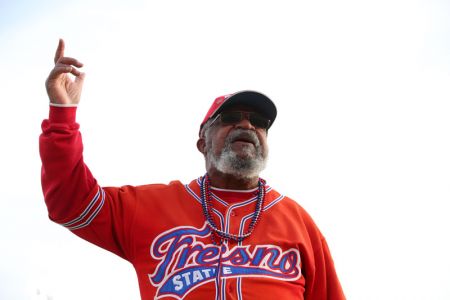 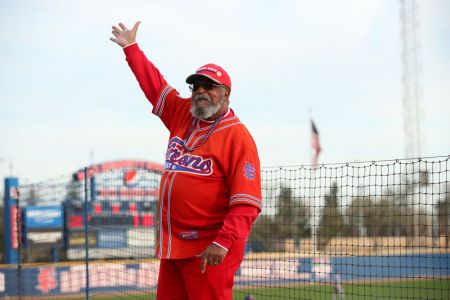 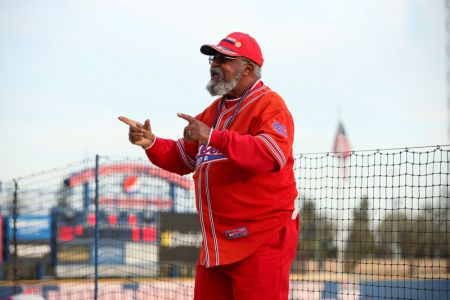 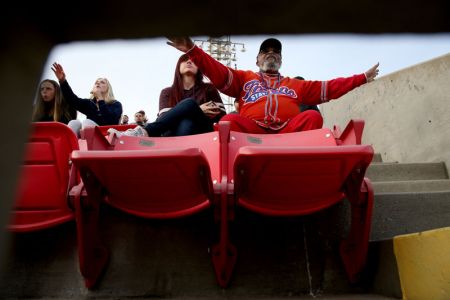 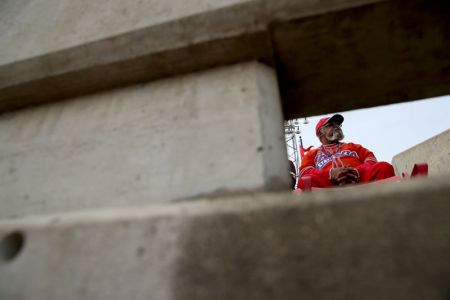 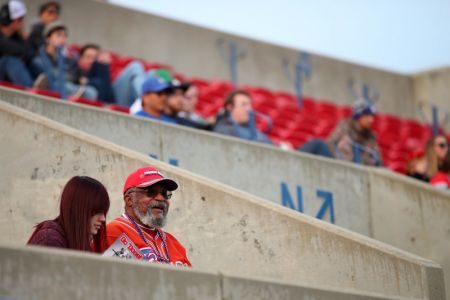 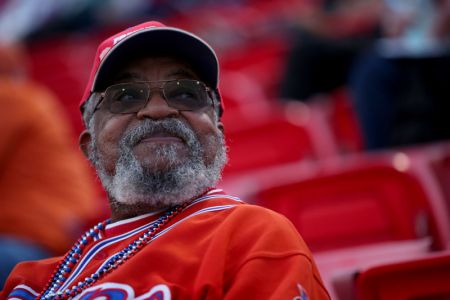 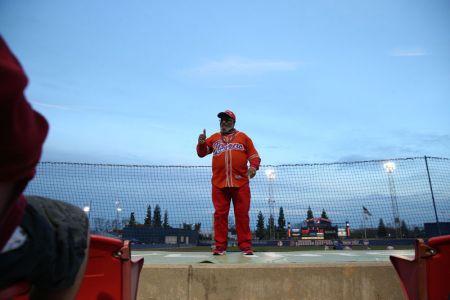 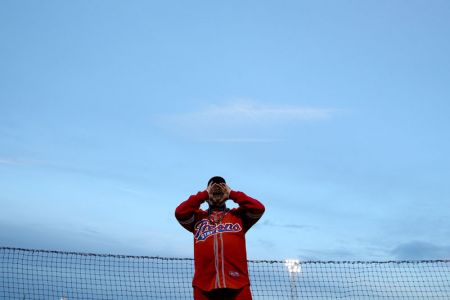 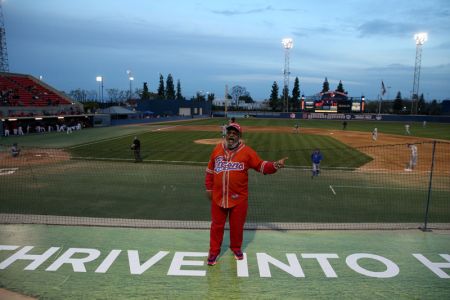 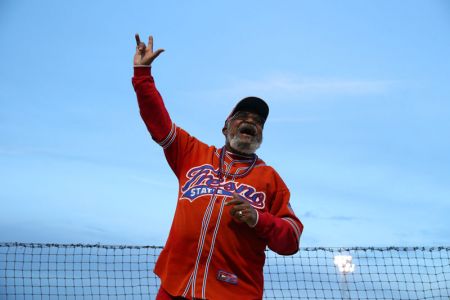 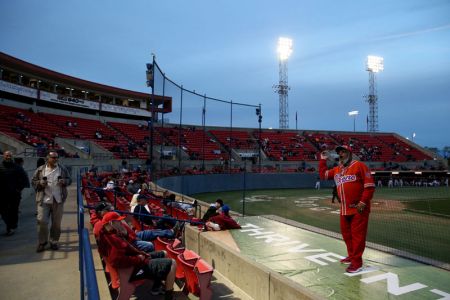 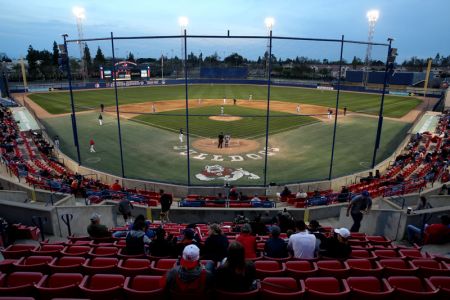