Skip to content
A Pioneer, a Professor and Pistachios

A Pioneer, a Professor and Pistachios

How one alumnus ensured future ag research and student scholarships

From the time a pistachio tree is planted, it takes seven years to produce a viable product.

Seven years may seem like a long commitment to some, but for Rodger Jensen — who’s grown the Central Valley pistachio industry from the ground up in 50 years — it’s a blink of an eye.

“It’s been unique to have an industry produce such a dominant product in this Valley in such a short period of time,” Jensen says. “Well,” the 96-year-old adds, laughing, “50 years is a short amount of time in some respects.”

Before California produced pistachios, most of the world’s supply came from Iran. It was Jensen who began growing pistachios in Madera County more than 50 years ago.

Jensen, who graduated from Fresno State in 1941, established a farm management company that became one of the largest tree crop operations in California, the largest olive producer and the largest independent almond and pistachio processor. He and his wife, Margaret — to whom he’s been married for 75 years — have enriched the Central Valley’s history.

In 2010, they donated $1.5 million so as many as 10 Fresno State agriculture students receive full scholarships each year and can participate in activities and focus on academics, minimizing their need for outside work.

“When I was going to Fresno State, we were still in the Depression ages, and there were no scholarships except to athletes,” Jensen says. “It was difficult to be able to get support of any kind outside of your own family. It was a struggle to both work and be a student at that time. It meant that there were some activities that I wasn’t able to participate in because I had to work.”

Though Jensen humbly denies himself as the founder of the Central Valley pistachio industry, others recognize his vast contributions to the field. In 2013, the California Pistachio Research Board pledged $1.5 million to establish a faculty position at Fresno State, named the Rodger B. Jensen Endowed Professorship in Pistachio Physiology and Pomology in his honor.

Last year, Dr. Gurreet Brar joined the Fresno State faculty as the second to hold the position. His focus is on applied research in pistachio physiology, teaching courses in pomology (the science and practice of growing fruit) and in solving industry challenges.

“We are very close to being the top producers of pistachios in the world,” Brar says of California. “We have a lot of advantages over other Mediterranean climates in the world, and one of those advantages is the big support in technology and research.”

Brar is researching salinity’s effects on pistachio growth and the way trees are reacting to changing climatic conditions and warming winters. He is also hiring and mentoring graduate students to work on pistachio research projects.

“I meet a lot of students who are interested in pistachio work,” he says. “And if it was not for this position, that hands-on component and dedicated research would be missing for them. That’s a reason to be excited — that right now, our students can pursue this work right here on campus.”

Jensen says he is humbled and honored the professorship is named for him, adding that he is looking forward to the research under Brar’s leadership that will continue to transform the pistachio industry and Central Valley agriculture.

— Esra Hashem is a marketing specialist in the Division of University Advancement at Fresno State. 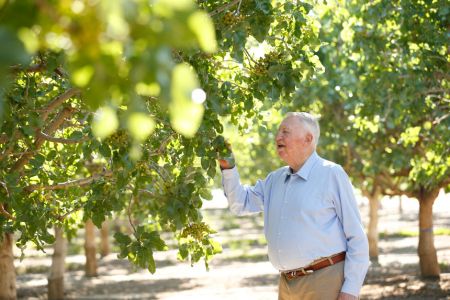 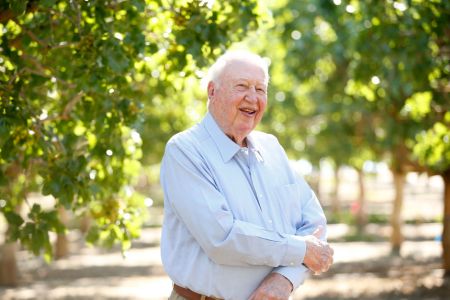 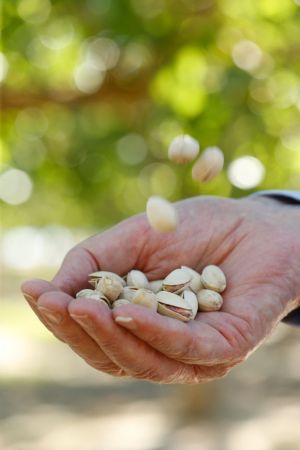 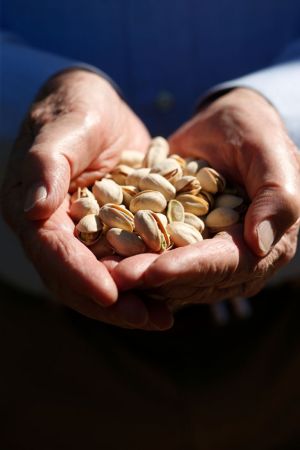 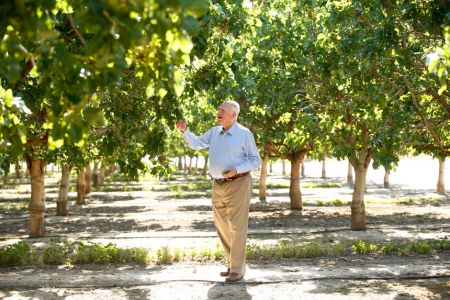 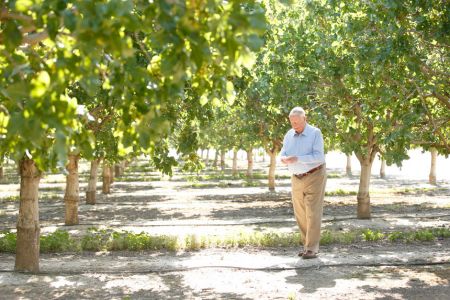