Ron Jenkins arrived on the Fresno State campus from Los Angeles in 1986 knowing he had an opportunity to change his life. His mother died when he was 2 years old. Two of his brothers had been murdered — one stabbed and the other shot. He met his biological father at 11 years old, but the relationship never blossomed.

Jenkins spent most of his childhood in foster care and at age 13 had thoughts of ending his life.

“I look back on it today, and I had one of the toughest childhoods one could imagine,” Jenkins says. “I broke down and asked God to save me and help me get out of the situation I was living in.”

Shortly after, Jenkins threw a ball through a neighborhood man’s window. The man, Harrel Burnett, asked him to work off the damage. From there, Jenkins says, he followed Burnett’s lead and learned responsibility.

Jenkins was a talented athlete and leveraged his football ability to go from Manuel Arts High School to East Los Angeles City College. That’s when

“I watched him, and I liked him,” says Mooshagian, who played for the Bulldogs from 1980-81 and is remembered for scoring the first-ever touchdown in Bulldog Stadium. “He was a good character guy who was not in the best situation in his life. When I heard his story, I knew I was going to get this guy to Fresno State. And he never let us down.”

Jenkins earned a scholarship to Fresno State and became the only one of four biological siblings and five adopted siblings to earn a college degree.

Like Jenkins, 68 percent of Fresno State’s undergraduate students are classified as first-generation — the first in their immediate families to earn a four-year college degree. That’s almost 16,000 of the University’s 23,000 students.

Fresno State President Joseph I. Castro, himself a first-generation college graduate, joined President Barack Obama at the White House College Opportunity Summit this past December. The summit focused on supporting colleges to work together to increase college completion, especially for first-generation, low-income and underrepresented students.

Fresno State provides resources and support for first-generation students through various programs and workshops like the CollegeNext! Bootcamp, offered in partnership with the Central Valley Higher Education Consortium, to prepare high school juniors to apply for college, scholarships and financial aid.

A record $196.2 million in financial aid was disbursed to Fresno State students in the 2014-2015 academic year.

Jenkins’ tale ended up a successful one. But more adversity followed when he arrived on campus. Two more of his brothers died — one fell three stories to his death after using drugs and another was shot to death. And one of his sisters went to prison.

“Coach Sweeney felt like I hadn’t done the things I needed to do to be a Bulldogs-caliber receiver,” Jenkins says. “I didn’t like that he said that, but I knew he would never lie to a player and short-change Fresno State football.”

Sweeney told Jenkins he wasn’t good enough to be a starting receiver his senior year and that he would play on special teams instead.

Jenkins came out of the meeting with tears in his eyes. But Mooshagian, himself a former Bulldogs wide receiver, was there to boost him up.

“Ron was devastated,” Mooshagian says. “I told him to focus on becoming the best player he can be, and if he does everything he’s asked to do, he won’t have a problem.”

Jenkins was told he needed to get faster. “Coach Sweeney told me to earn the scholarship the University gave me and not settle for being just somebody on the team.”

Jenkins sought the help of then-Fresno State track and field coach Bob Fraley to find drills and techniques to improve his speed and dedicated his summer to the workouts.

In 1987, Jenkins’ senior season, he was all-conference and fourth in the nation with 76 catches and five touchdowns.

“This was the biggest accomplishment I had in terms of growing as a person,” Jenkins says. “Enduring and proving myself was life-changing. It’s the reason I am successful in life today.”

Mooshagian says that it was typical of the life lessons taught by Sweeney. “Sweeney had psychological, motivational skills that also made you tough and have thick skin. To the day he died, Sweeney said Ron Jenkins was the most improved football player he’d ever seen.”

And he overcame adversity to find success in the classroom, too. Jenkins earned a bachelor’s degree in social work and is now in his 23rd year working in corrections and rehabilitation in the juvenile justice system. He worked at the Fresno County Juvenile Justice Campus for three years before accepting a position in southern California. He now works at the Ventura Youth Correctional Facility.

“Our top goal at Fresno State is student success, and in our Central Valley that means providing opportunities for a large number of first-generation students,” Castro says. “In turn, many of those students go on to graduate, get good jobs and transform the trajectory of their families.”

And most of them directly impact the local economy by living and working in nearby communities. About 80 percent of Fresno State graduates stay and work in the Central Valley.

One changed life leads to another

Carissa Phelps says she first ran away from an unhealthy home life at age 12. She became a victim of human trafficking and forced drug use and, at age 13, was sentenced to six months in Fresno County juvenile hall.

“I was very quiet and had horribly low self-esteem,” Phelps says. “I had been tortured and abused on the streets, and I went into juvenile hall expecting everyone to ignore all those facts, but Ron was different. He wanted to know why I was there, and he wanted to make sure I knew those things were not my fault. He asked me questions no one else had ever asked, in a really human way like, ‘How’d you get here, what’s your story?’”

Phelps says Jenkins encouraged her to start writing in a journal and helped her get into one-on-one therapy, counseling with her mother and group therapy with other girls with similar backgrounds. “It was life-changing,” she says.

“He tried to connect me to all the people and things I needed, like a parent would do. He really cared. He told me I was smart, and that I had potential, and I believed him.”

Phelps, who now lives on the Central Coast of California, wrote a book about her journey, “Runaway Girl: Escaping Life on the Streets, One Helping Hand at a Time,” that was published in 2012, and she was featured in a short documentary film, “Carissa.”

Through her triumphant and inspiring story, Phelps consistently shared her appreciation for Jenkins.

“His smile, his positivity, he wasn’t ever negative or down on us,” Phelps says. “A lot of people took a strict attitude with us, but Ron was approachable. He laughed with us, laughed at himself when he sang out of tune. He approached us all in a way that was not threatening. He was consistent like that with everybody, even his coworkers.”

In 2013, when Phelps earned the Top Dog Alumni Award from the Fresno State Alumni Association, she was honored with other distinguished alumni on the Bulldog Stadium turf at halftime of the homecoming game. And there she stood, wearing Jenkins’ old, Bulldog-red football jersey onto the field and pointing to the “JENKINS” name on the back for cameras.

“Being Top Dog was awesome, but I definitely feel like Ron was a top dog before me,” Phelps says. “He’s why I’m here. He paved the way. I expect him to get the Top Dog honor one day soon, but I know watching me receive it was the best gift for him. Living up to my potential was all he ever wanted for me, and I continue to strive for better because of that one statement he made to me long ago: ‘You have potential.’”

What started with Mooshagian spotting a talented, young wide receiver in Los Angeles and bringing him to play for Sweeney at Fresno State has since trickled down to impact the lives of many. Jenkins encouraged Phelps to turn her life around, and now they’re both touching the lives of young people in their communities daily.

“I believe Fresno State saved my life,” Jenkins says. “Coach Sweeney talked a lot about setting the tone for others to have the self-esteem and confidence to move forward in life, and more importantly, to care enough about themselves to not get involved in negativity.”

It’s a similar message to the one Jenkins shared with Phelps and others in the juvenile justice system. And it’s the type of lessons he preaches today as a volunteer assistant football coach at Ventura College, where Mooshagian is the head coach.

“Ron’s story instantly turns heads when people hear what he had to go through,” Mooshagian says. “Nobody had more of a reason to quit than he did, and he found a way to get it done. He fought through adversity numerous times in his life and never used it as an excuse. He found
a way for it to motivate him.”

“He made a choice to be different, and in this day and age it’s hard to make that choice.” 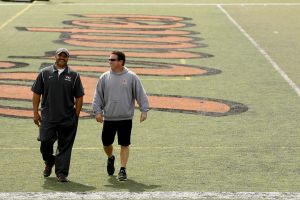 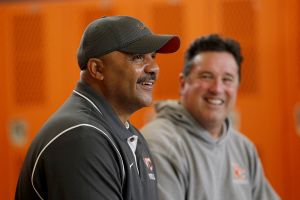 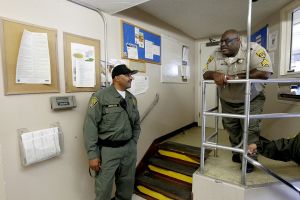 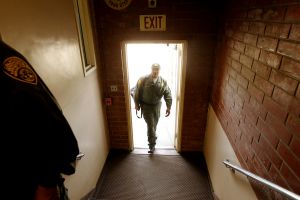 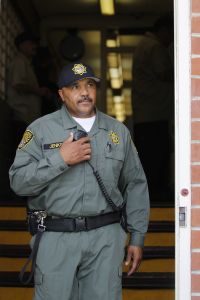 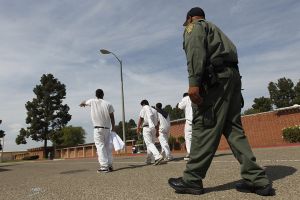 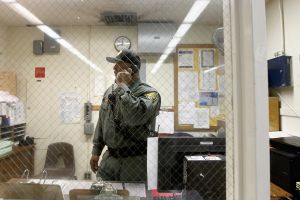 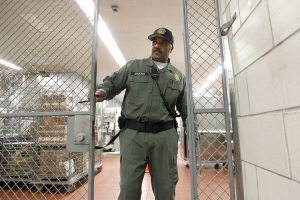 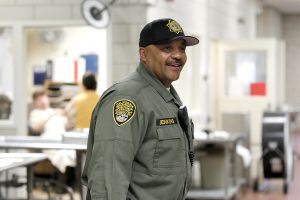 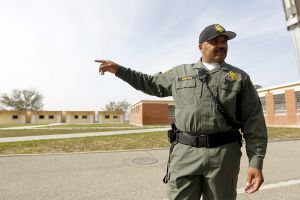 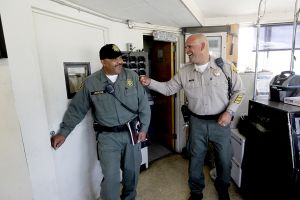